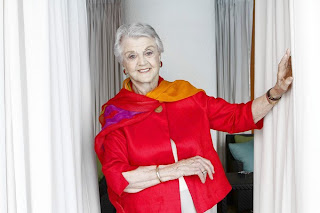 Angela Lansbury, 86, returns to movie theaters on Friday as the lovable teapot Mrs. Potts in "Beauty and the Beast" as Disney Studios rereleases the popular 1991 animated film remastered in digital 3-D. The five-time Tony Award winner also returns to Broadway this spring in a revival of Gore Vidal's "The Best Man."

Was it challenging to imbue a teapot with charm?

I think the way you approach her is as a little fat woman who was the cook and who happened to be in the guise of a teapot for the purposes of an animated movie by the Disney Studios. Consequently you attack it purely as a whole person, not that she's made of china or that she's breakable but that she's a little busy, fat, overweight lady who's a bit of a charmer, who cares very much about her little boy and is a strong member of the workforce at the castle. You play a whole person.

Was this animated role your highest-profile one to date?

Absolutely. It's high on my list of credits, as they say. Funnily enough, I was looking at the Turner Classic Movies [site] this month as the star of the month, and I was looking at all the things that I've done, and you realize that this is the one and only time in which I was able to play a very warm, cuddly, little person who's a teapot, and it's not included in the group of movies, sadly. But nevertheless, it did strike me as I was reading through, and I thought to myself, "Thank goodness, I'm so grateful to Disney for letting me do this."

I guess this would be the anti-Mrs. Iselin, your ruthless "Manchurian Candidate" character.

Totally. [Children] don't know that I've done those other things. They know me by my voice because children hear me in a supermarket; sometimes I'll be chatting with a friend about lettuce, and suddenly a child will say, "Mrs. Potts!" It's enchanting. 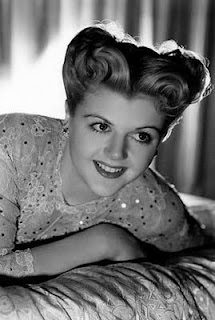 So was the '90s a decade when the only film work you did was in animation?

I've read that while you were doing "Murder, She Wrote," you felt like you were trapped in your home in Brentwood.

Because shooting a TV series is a 24-hour job. You work Monday through Friday; you get up at 5:15, you get home at 7:15. You have no social life; you just have time, maybe if you're lucky, with your family over the weekend, your grandchildren and so on, and that's OK. But you have no other life whatsoever, and this went on for 12 years. After a while I was dying to get out of it and move on. But you get trapped by success sometimes.

Why couldn't you just leave the series?

Because there were too many people involved. You have to consider that my whole family was on board — my husband, my sons, my brother. We were Corymore Productions, and we produced the show for Universal. You feel an allegiance and a fondness for the workers, the gaffers, the electricians, everybody involved dependent on the show, a show that was as highly rated as we were for all the years that we played, except at the end where they moved us from Sunday night to Thursday night. We lost half of our audience and then we were replaced. So that was the end of that.

I love New York. My most happy, wonderful years were spent in New York with my husband, Peter [Shaw]. And after he died, I was here alone with some members of my family very much there for me but nonetheless involved in their own lives. I was left here, being in Los Angeles having had no life here, no social life. So I thought, 'Well, I think I'm going to get an apartment in New York and spend part of the year there. I'll go back and see lots of shows and go to concerts and opera and see lots of museums and live the New York life,' which I hadn't been able to do in the past because I was always in a hit show on Broadway.

So I find an apartment in New York, a very modest, small apartment, and buy it, and I'm not there for very long before I get a request from my friend, Terrence McNally, the playwright, who said, would you consider doing a play? ["Deuce."] So then I started back into the theater again, which I absolutely love. I come back for the holidays, do Christmas and cook the dinner and do all the good stuff that one enjoys as a family. And now I'm getting ready to put the house to sleep again and go back to New York and start rehearsals on the 10th of January for a play ["The Best Man"]... 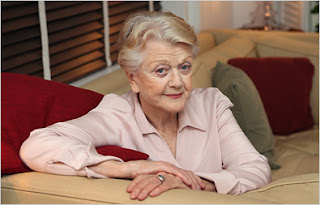 SOURCE
Posted by David Lobosco at 7:40 AM