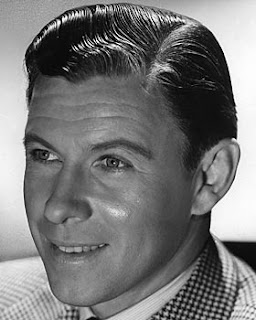 George Murphy was born on July 4, 1902 in New Haven, Connecticut of Irish Catholic extraction, the son of Michael Charles "Mike" Murphy, athletic trainer and coach, and Nora Long. He was educated at Peddie School, Trinity-Pawling School, and Yale University. He worked as a tool maker for the Ford Motor Company, as a miner, a real estate agent, and a night club dancer.

In movies, Murphy was famous as a song-and-dance man, appearing in many big-budget musicals such as "Broadway Melody of 1938", "Broadway Melody of 1940" and "For Me and My Gal". Murphy starred along such great stars of the day as Eddie Cantor, Fred Astaire, Gene Kelly, and Judy Garland. He made his movie debut shortly after talking pictures had replaced silent movies in 1930, and his career continued until he retired as an actor in 1952, at the age of 50.

In 1951, he was awarded an honorary Academy Award. He was never nominated for an Oscar in any competitive category.

He was the president of the Screen Actors Guild from 1944 to 1946. He was a vice president of Desilu Studios and of the Technicolor Corporation. He was director of entertainment for presidential inaugurations in 1952, 1956 and 1960.

Murphy entered politics in 1953 as chairman of the California Republican State Central Committee, having also directed the entertainment for the Eisenhower-Nixon Inauguration of 1952. 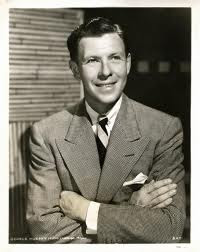 In 1964 he was elected to the United States Senate, defeating Pierre Salinger, former presidential press secretary in the Kennedy White House, who had been appointed several months earlier to serve the remainder of the late Clair Engle's unexpired term. Murphy served from January 1, 1965 to January 3, 1971, and is credited with beginning the United States Senate tradition of the Candy desk. Murphy assumed his seat two days early, when Salinger resigned from the seat in order to allow Murphy to gain an edge in seniority. Murphy was then appointed by Gov. Pat Brown to serve the remaining two days of Salinger's term.

After chairing the National Republican Senatorial Committee in 1968, the year Richard Nixon was elected President, Murphy ran unsuccessfully for reelection in 1970, being defeated by Democratic Congressman John V. Tunney, the son of famed heavyweight boxing champion Gene Tunney. During his Senate term, Murphy suffered from throat cancer, forcing him to have part of his larynx removed. For the rest of his life, he was unable to speak above a whisper.

He was defeated in his bid for re-election in 1970, winning 44.3% of the vote to Democrat John V. Tunney's 53.9%. Murphy was in his late 60s and his speaking voice was reduced to a gravelly whisper from throat cancer while Tunney was youthful and energetic, blatantly comparing himself with Robert F. Kennedy, largely through haircut and poses, on the campaign trail. Murphy's staunch support for the Vietnam War also hurt his support. As the general election approached, Tunney overtook Murphy in the polls. Tunney's successful Senate race in 1970 is reportedly the inspiration for the 1972 Robert Redford film The Candidate.

Murphy subsequently moved to Palm Beach, Florida, where he died at the age of 89 from leukemia.

Murphy's move from the screen to California politics paved the way for the successful transitions of actors such as Ronald Reagan and later Arnold Schwarzenegger. Reagan once famously referred to George Murphy as "my John the Baptist." 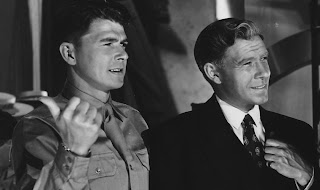 Murphy was married to his ballroom dancing partner, Juliette "Julie" Henkel-Johnson, from December 18, 1926 until her death in 1973. They had two children, Dennis Michael Murphy and Melissa Elaine Murphy. His daughter Melissa died in 2009. He was married to Betty Duhon Blandi from 1982 until his death in 1992.

George Murphy never rose to the acclaim that other musical stars did. However, each movie he was in he added a little something extra - and he never turned in a bad performance. Like so many of the old musical stars, Murphy should not be forgotten... 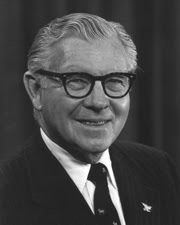 Posted by David Lobosco at 4:41 AM