WHERE ARE THEY NOW: TOMMY RETTIG 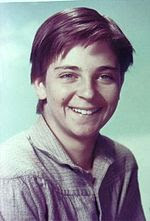 After spotlighting June Lockhart a couple of months ago, I got a few requests to profile child actor Tommy Retig. He was born in 1941, and he sadly died in 1996. Rettig is best remembered for portraying the character "Jeff Miller" in the first three seasons of CBS's Lassie television series, from 1954–1957, later seen in syndicated re-runs as Jeff's Collie. He also co-starred with another former child actor, Tony Dow, in the mid-1960s television teen soap opera Never Too Young.

Before his famous role as Jeff Miller in the first Lassie television series, Rettig also appeared in about 18 feature films including So Big, The 5,000 Fingers of Dr. T (written by Dr. Seuss) and River of No Return with Marilyn Monroe and Robert Mitchum. It was his work with a dog in The 5000 Fingers Of Dr. T. that led animal trainer Rudd Weatherwax to urge him to audition for the Lassie role, for which Weatherwax supplied the famous collies.

Rettig later told interviewers that he longed for a life as a normal teenager, and after four seasons, was able to get out of his contract. He was also critical of the treatment and compensation of child actors of his day. He reportedly received no residual payments from his work in the Lassie series, even though it was syndicated and widely shown under the name Jeff's Collie. 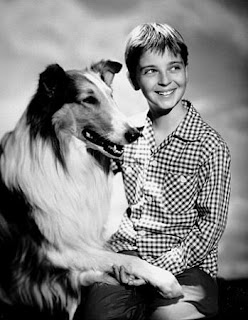 As an adult, Rettig preferred to be called "Tom." He found the transition from child star difficult, and had several well-publicized legal entanglements relating to illegal recreational drugs (a conviction for growing marijuana on his farm, and a cocaine possession charge that he was exonerated of). Some years after he left acting, he became a motivational speaker, which—through work on computer mailing lists—led to involvement in the early days of personal computers.

Rettig made a guest appearance in an episode of the later television series The New Lassie, with Jon Provost, which aired on October 25, 1991. The series featured appearances from two other Lassie veterans, Roddy McDowall, who had starred in the first movie Lassie Come Home (1943) and June Lockhart, who had starred in the 1945 movie Son of Lassie, and the television series (as Timmy's mother in the years after Rettig left the show). 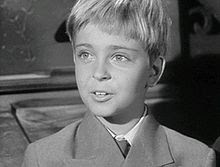