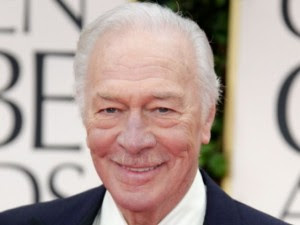 Raindrops on roses. Whiskers on kittens.

Of course, he has the inside track on silver white winters that melt into springs – but Captain Von Trapp himself has always had "an issue" with the screen classic.

"I don't hate that film, but it follows me around. That's the problem," he confides.

On a sunny winter afternoon, the Oscar nominee for "Beginners" is talking about his screen classic "The Sound of Music" where he famously played Captain Von Trapp.

"There's nothing I detest about it," he says. "I mean, it's a very well made film.

"But a musical is not always my cup of tea. It always brings the house down when I say those words," he says. "Sure, I may say a few other off color remarks every now and then about 'Sound of Music,' too.

"When I went on Oprah, she said, 'There's got to be a naughty guy around to look at the bad side of things when it comes to that musical.' I said, 'You got him,'" he says with glee.

Plummer is determined, even at his age, to make sure there is alternatives to watching him harmonize across the alps.

He stars in "The Girl with the Dragon Tattoo: where he plays Henrik Vanger.

Then there is the matter of awards season. He just won a Golden Globe for a movie you might have missed. In the must rent film "Beginners," he plays Hal, a man in his 70s who has harbored a lifelong secret that he tells once his wife of several decades passes away. Hal is gay.

A few years before dying of terminal cancer, Hal comes out to his grown son (Ewan McGregor) and enjoys his last moments with great gusto and truth.

"What drew me to this role was that the character was so present and real," Plummer says. "This is a man without any self pity. And there was no message about being gay or being straight.

"The message of the movie is that a person can become enthusiastic at the end of his or her life rather than regretful," Plummer says.

"I thought there is great hope in that way of thinking," he says.

Plummer says that his age means that most scripts sent his way have the inevitable wrenching death scene.

"They always want the old guy to die miserably," he whoops. "But in 'Beginners,' I found that it was such a hopeful way to die. The idea is that you can actually die happily and achieve what you're put on earth to do."

Ask him about his evergreen sex symbol status and he seems stunned. "Oh please, I don't know about that, but that's a very nice idea. I'll work on it. It will be a goal for my 90s."

Self-involved young stars? Don't run them by this screen legend.

"Dammit, I don't want the world to ever see me or know me as a star," he cries.

PAST, PRESENT, AND FUTURE

Born in 1929, Plummer grew up in Toronto and Quebec. He is the great grandson of former Canadian Prime Minister Sir John Abbott.

As a young boy and teenager, he concentrated on being a concert pianist.

He was a contract player for 20th Century Fox and made his small screen debut in 1953 in the series "Studio One in Hollywood." He concentrated on TV work until making his screen debut in 1958 in "Stage Stuck" and then played Commodus in "The Fall of the Roman Empire" (1964). 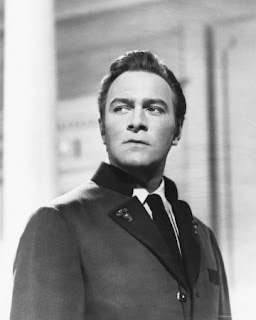 Plummer starred opposite Julie Andrews in "The Sound of Music" (1965). Despite everything he has already said, he has a soft place for the movie.

"I'm grateful to the movie. It made me well known," he says.

As for Oscar nominations, he says, "I truly think being nominated as one of the best four or five performances of a year is the win," he says. "But it's not the reason most of us are in the business. If awards come, they come."

When he's not working, Plummer and his wife Elaine live with their dogs on a 30-acre estate in Weston, Connecticut.

He doesn't sit in his den fretting about aging.

"Why do I say these things?" he interjects with a hearty laugh.

As for keeping strong, he says, "I walk. I never run. I play tennis and workout about twice a week.

"That's about it," she says. "Doing the job is what really keeps me in shape."

He might work with a few of them because he plans to never retire.

In fact, that's a dirty word to him. "We don't do that in our business," he says

"I never want to stop acting. It keeps me feeling young and it certainly ain't a chore.

But he has another reason why he will never leave acting. "I've always thought of acting as the most romantic of escapes," he says.