MOMMIE DEAREST AND WHAT WENT WRONG 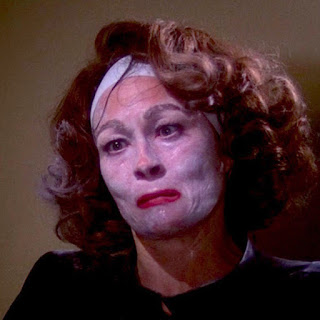 Based on Joan Crawford's adopted daughter's autobiography,Mommie Dearest is an oddity in the annals of cinema, a film which harbours such terrible family secrets and dark, almost taboo, depictions of child abuse that has earned a reputation as a campy, cult classic. This supposedly authentic recreation of Christina Crawford's upbringing should be a cautionary tale, an intense insight into the terror that comes along with the emotional and physical abuse of a child but instead the film has come to be perceived as an unintentional comedy, spurred forward by Faye Dunaway's now infamous performance as Crawford and a multitude of instantly quotable one liners that sound like they would be more at home in a Jon Waters film (my favourite being Gregg Savitt's comment on Crawford's drinking - "When you were a kid that made you look sexy. Now it just makes you look drunk.")

I sat down to watch Mommie Dearest knowing full well of its reputation (this in fact being the reason I was so interested in it) but was puzzled to find myself quite emotionally effected by the scenes of abuse rather than being able to find any sort of humour in them. This isn't to say the film as a whole is particularly good; it is, in fact, fairly atrocious in terms of its shoddy set design, tonal inconsistencies and warped sense of pacing but I wasn't able to fully immerse myself in what I had heard was a fun filled, campy misadventure due to the fact that the abuse scenes seemed so inexorably authentic. I'm not quite sure that watching a woman beat her child with a wire coat hanger is ever comedic, despite the melodrama or laughable dialogue that may have come before it. 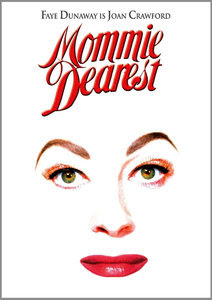 The most derided and infamous aspect of the film's legacy lies in Dunaway's extravagant performance as Joan Crawford. The outright insanity and evil that Dunaway purveys throughout the film means she becomes the center of attention for the audience and, because of this, any insight or subtext is lost upon the viewer. Like a tornado she manages to draw everything in the scene into her sphere whilst simultaneously tearing everything in it apart, both physically and cinematically. Strangely though, I would be hesitant to deride the performance as bad. It certainly has a negative effect on the film as a whole but Dunaway herself is hypnotic and compelling, channeling a raw dynamism into what could have been merely an impression. Pauline Kael herself has said "“Faye Dunaway gives a startling, ferocious performance in Mommie Dearest. It's deeper than an impersonation...she turns herself into Joan Crawford, all right, but she's more Faye Duanway than ever".

So, is this a case of a director letting his star overpower the feature? Dunaway herself has expressed regret over the film, stating that she wished that director Frank Perry had "had enough experience to see when actors needed to rein in their performances." Whilst she may be correct in her analysis here, it ignores the fact that everything else in the film is so mundane. Aside from a few catwalk-esque shots of Dunaway framed by curtains in a beautiful dress, there isn't any attempt at artistic expression here to even deride. Ebert praised the film's look in his review but I disagree with him; it looks like a made for TV-movie and concludes like a made-for TV movie, dull and predictable. I'd argue that the only thing keeping this film alive is Dunaway and for that she should be applauded.

What was everybody else's experience of this film? Did you find fun and games in it or was it difficult to sit through? I'm still perplexed by it... 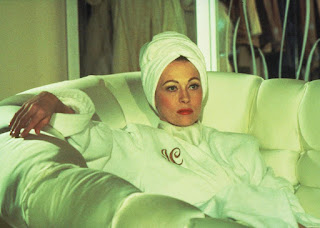