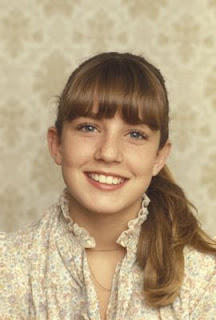 I was raised in the 1980s, and watching television was the main form of relaxing. This was before cell phones and computers! I remember my first crush I ever had was Dana Plato, who played ther daughter on the hit series "Different Strokes" from 1978 to 1986. Sadly, as with so many younger stars, her life ended sadly.


Dana was also remembered for her troubled life after "Different Strokes" when her career spiraled downward after becoming addicted to drugs and alcohol. She was born in Maywood, California on November 7, 1964  to an 16-year-old unmarried teenager who gave her up for adoption. When she was three years old, her adoptive parents divorced and her mother started auditioning her at an early age. At the age of seven, she began doing television commercials for companies as diverse as Kentucky Fried Chicken, Dole, and Atlantic Richfield. In 1977 she made her film debut in Return to Boggy Creek. She was also an accomplished figure skater, and at one point she was training for a possible Olympic team spot.

During this time she was spotted by a producer during a brief appearance on the daytime television's "The Gong Show," and won her role on "Diff'rent Strokes" and the show was an immediate hit. In 1984 she became pregnant by her boyfriend, rock guitarist Lanny Lambert, and the show's producers of felt that a pregnancy would fit the show's wholesome image, so she was let go but returned for several appearances during its final season. The two married in April 1984 but separated in January 1988, a week after her adoptive mother's death. 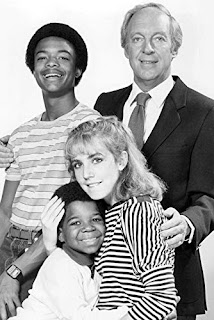 After "Diff'rent Strokes" was cancelled, she attempted to establish herself as a serious actress, but found it difficult to step out of the long shadows cast by her sitcom career and ended up taking roles in B-movies such as "Bikini Beach Race" and "Lethal Cowboy." During this time, she also posed for Playboy magazine. In 1991 she ended up in Las Vegas, Nevada unemployed and took a job at a dry-cleaning store. On February 28, she entered a video store, produced a gun, and demanded the money in the register. Approximately 15 minutes after the robbery, she returned to the scene and was immediately arrested. The gun was only a pellet gun and the robbery netted her $164. Las Vegas entertainer Wayne Newton posted her bail and she was given five years' probation.

She made headlines and became part of the national debate over troubled child stars, particularly given the difficulties of her "Diff'rent Strokes" co-stars, Gary Coleman and Todd Bridges. In January 1992 she was arrested again, this time for forging a prescription for Diazepam. She served 30 days in jail for violation of the terms of her probation and immediately entered a drug program. The same year, she was one of the first celebrities to star in a video game. The game, "Night Trap," was not a great success, but is considered a pioneering title as it was the first game to use live actors, specifically a well known personality, and was one of the first video game titles to have mature content and attracted controversy due to its depiction of violence. 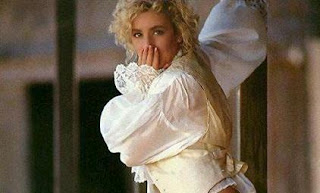 Toward the end of her career, she chose roles that could be considered erotic or even soft-core pornography, appearing partially nude in Prime Suspect (1988) and Compelling Evidence (1995), but her most infamous film was the 1997 pornographic movie Different Strokes: The Story of Jack and Jill...and Jill. On May 7, 1999 she traveled to New York City, New York with her finance Robert Menchaca, where she appeared on "The Howard Stern Show" to talk frankly about her life, including her run-ins with the law, financial problems, and drug and alcohol addictions. She admitted to being a recovering alcoholic and drug addict, but claimed that she had been sober for more than ten years by that point, and was not using any drugs, with the exception of prescribed painkillers due to discomfort and pain from the recent extraction of her wisdom teeth.

The following day, she and Menchaca were returning to California and stopped by his mother's home in Moore, Oklahoma, for a Mother's Day visit. She went to lie down inside her recreational vehicle parked outside the house and subsequently died of an overdose of the muscle-relaxant Vanadom (Soma) and painkiller Lortab at the age of 34. Her death was ruled a suicide. Tragically, almost 11 years to the day of her death, her son Tyler Lambert committed suicide from a self-inflicted gunshot wound to the head. It is sad that Dana Plato never escaped the horror of being a child star. Dana and her son deserved better... 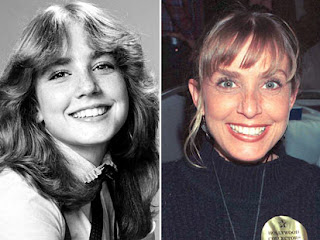