Music has played such an important part in my life. It really is the soundtrack to my life. As everyone knows, I love the old singers. I last published my favorite male singer list in 2013, so here is my updated list. They all had a way with a song... 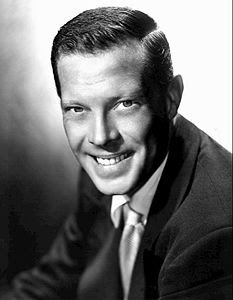 5. DICK HAYMES (1918-1980)
Dick Haymes burst on the scene in the early 1940s after paying his dues as a vocalist with the Harry James and Tommy Dorsey Orchestras. His deep baritone highlighted many songs of the era like: "You'll Never Know', "Little White Lies", and "It Might As Well Be Spring". Signed with Decca Records, Dick got second choice of songs due to Bing Crosby being the main crooner at the studio. Dick had trouble with alcohol and marriages in the 1950s and 1960s, but his voice remained rebust and engaging until his death from lung cancer. 2013 ranking: 6

4. TONY MARTIN (1913-2012)
I had the opportunity to see and hear Tony Martin perform live in 1999, and he remained a great vocalist throughout his career. His recording career started in the mid 1930s, and he emerged as a very capable singer. He had numerous hits throughout his career like: "It's A Blue World", "Tennement Symphony", "I Get Ideas", "Stranger In Paradise", and "All The Things You Are" among countless other songs. He faced a lot of heart ache in later years. His wife, the beautiful Cyd Charisse died in 2008, and his only son Tony Jr died in 2011. 2013 ranking: 10 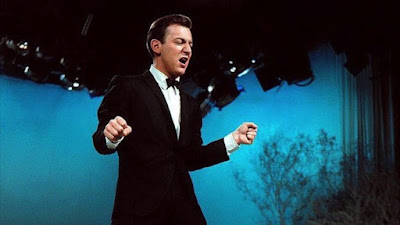 3. BOBBY DARIN (1936-1973)
Bobby Darin filled more living and life in his 37 years on this earth than most people do in a lifetime. He burst on the scene with his hit "Splish Splash" in 1958. He wanted to be bigger than Sinatra, and in ways he was a more dynamic performer. He had many signature songs like "Mack The Knife", "Beyond The Sea", and "Artificial Flowers". He acted in movies, was a top draw in Las Vegas, and made countless records. Unfortunately, his life was cut short when he had heart surgery and never recovered. He was way too young to die.  2013 ranking: 3

2. DEAN MARTIN (1917-1995)
Dean Martin was one of those singers that made singing look so easy. It looked like he was lazy but in the 1940s and 1950s he worked hard to become a great crooner like his idols Bing Crosby and The Mills Brothers. He gained wide recognition being a part of a comedy team with Jerry Lewis, but when he broke up with Lewis in 1956, Dean became a superstar. He had numerous hits in his career like "That's Amore", "Memories Are Made Of This", "Sway", and "Volare" among others. He was one of the biggest television stars of his time, headlining his own variety series from 1965 to 1974. Dean was never the same after his son was killed in 1987, and Dino died alone on Christmas Day 1995.  2013 ranking: 2 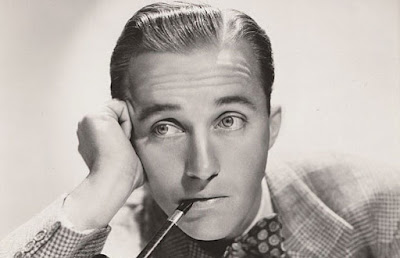 1. BING CROSBY (1903-1977)
Bing Crosby has the most widely recorded voice in the history of humankind. During World War II, Bing was voted the most widely respected person in the world. He recorded his first record in 1925, but it was not until the 1930s that Bing soared to super stardom. He first recorded with Brunswick Records and had hits like: "Please", "Brother Can You Spare A Dime", and "I Surrender Dear". He made his starring movie debut in 1932's The Big Broadcast. Bing was a top movie draw at Paramount Studio from 1932 to 1956, and he was signed to Decca Records from 1935 to 1957. Bing was the first multi media star, and I could write for pages what Bing did for the entertainment industry. He was and is and has been my favorite singer for decades. I doubt that will ever change.  2013 ranking: 1

Posted by David Lobosco at 1:03 PM