MARLENE DIETRICH AND THE UNISEX TUXEDO 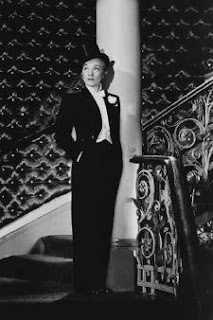 Marlene Dietrich made the tux luxe for all.

Born in Berlin as Marie Magdalene Dietrich, she became a star during Hollywood’s Golden Age. The image she’s best remembered is her turn in a man’s tux with top hat and white tie in Josef von Sternberg’s 1930 film Morocco. Google even remembered Marlene Dietrich’s 116th birthday—and her gender-defying tuxedo—with a December 27th doodle.

Her boundary-pushing performance—Dietrich, playing a cabaret singer, kisses a woman in the audience—stunned and titillated audiences, according to the BBC. Dietrich’s big-screen appropriation of the men’s tuxedo was a long leap at a time when women wearing trousers was still far from accepted.


The era of her widest fame included the World War II years when women stepped into factories and manufacturing to support the US war effort, events that helped set in motion the ongoing struggle for greater equality between the sexes. As the Costume Society  wrote last year of her wardrobe, “at times, Dietrich looked far better in suits than men themselves.” 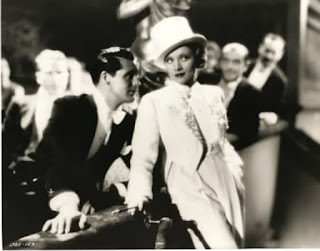 She was also a bisexual star when homosexuality was a crime in many jurisdictions, and elevated drag to a new level. Today’s doodle was illustrated by Sasha Steinberg, who was a winner of RuPaul’s Drag Race, performing as Sasha Velour. “Despite the pressures of the time, she followed her own course, especially in terms of politics and gender,” Velour said.

Her film career extended into the 1970s, as did her international cabaret appearances. Decades after Dietrich’s pioneered her signature look, Yves Saint Laurent designed “le smoking,” the first tuxedo for women. It came to symbolize “female liberation,” according to a statement for the 2005 exhibition Yves Saint Laurent Smoking Forever.

Dietrich, who died in 1992, is remembered as a symbol of liberation in various forms. After Hitler’s Nazi regime took control of Germany, she became an exile, went to war zones to encourage American troops and traveled widely to promote the sale of war bonds. She resisted repeated attempts by the Third Reich to lure her back and instead became an emblem of a free Germany... 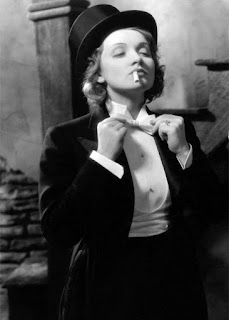 SOURCE
Posted by David Lobosco at 1:30 AM