SCOTT GIMPLE AND THE DEATH OF THE WALKING DEAD 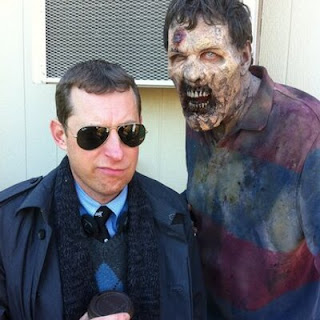 I have to admit that I was never a huge fan of zombies. When I was little I was afraid of everything, including zombies. As I got older I watched George Romero's Night Of The Living Dead, but I did not really embrace the genre until my brother in law talked me into watching AMC's "The Walking Dead". I started watching during the third season, and I quickly became addicted to the show. I rewatched the seasons that I missed, and I became devoted to that show.

Now "The Walking Dead" just ended the first half of its 8th season, and although the show is still the top rated program on AMC, the show is very different that one the I started watching five years ago. I barely got through the first eight episodes of this season, and my devotion to watching the show has turned to an obligation to watch it. I'm not sure if I will be back as a viewer when the show returns in February. 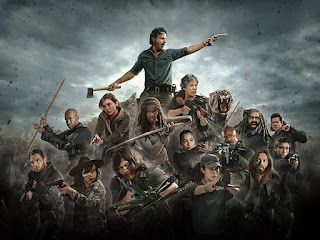 The show was always more about the people than the zombies, and that is why I like them. Unfortunately under the direction of show runner Scott Gimple, the program has been really going downhill the last two seasons. Gimple came on board during season 4, and that season with the villain the Governor fighting Rick, the leader of the survivors, is one of my favorites. However, each season since then has been full of nonsensical story lines, huge plot holes, and a pretty overt disregard for the audience and fan. Under Gimple, the majority of the minority cast members have been killed off. In a matter of two seasons we have lost the minority characters of Tyrese, Bob, Noah, and Sasha.

The deaths of many characters were done for shock value rather than to expand the story line. I expect people to die on the show. After all, it is the zombie apocalypse. However, the major deaths are only during the mid season finale or the season finale. You can predict when someone will die. In the first few seasons you did not know from episode to episode who would be left. The latest death - the death of Carl, has left fans shocked - and not in a good way. The character of Carl is still alive in the comic book version of The Walking Dead, and he is a major character in the future storyline. There is no reason Scott Gimple had Carl killed off other than shock value. It goes deeper than that. Chandler Riggs, the actor that plays Carl, was shocked about being killed off, and his father has gone on record to say he never trusted Gimple or AMC. 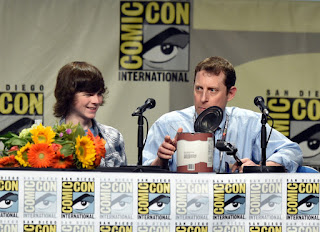 "The Walking Dead" is not dead yet. One way AMC could fix the show is to get rid of Scott Gimple, plain and simple. Gimple has lttle regard for the Walking Dead storyline as well as a blatant disregard for the fan base. He is often interviewed on the after show "Talking Dead", and with each appearance he seems more cold and unfeeling. I never thought this would be happening to my favorite show. The ratings have dropped majorly this season, and I can not believe AMC is not wondering why. Again I have to say to them is two words: Scott Gimple. We see a lot of deaths on the show, but I hope the next person to leave the show is Scott Gimple. I may not be able to watch how the zombie apocalypse plays out until he is gone. I once said this show was a modern classic, but with Scott Gimple in charge, he is slowing killing this show. Like the zombie outbreak on the show, The Walking Dead iteself is running out of time to cure itself...