Even though the 1940s saw horrific suffering with World War II, the movies tried to remaine wholesome and innocent. Soldiers were seeing lost limbs and blood and carnage, but they were not allowed to see much of a sexual nature in films. It was too shocking for them to see Jane Russell's cleavage or Betty Grable's stocking clad legs. Many of the films of the early 1940s had a patriotic tone to them, and what better way to show your patriotism than by showing off beautiful girls. The sex symbols of the 1940s, in my opinion were drop dead beautiful. During World War II, these sex symbols made the soldiers have something to fight for, and after the war it gave them something to come home to. There were countless beauties in the movies during the 1940s, but here are a few of the most popular: 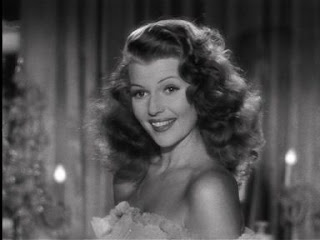 RITA HAYWORTH (1918-1987)
My personal favorite beauty of classic Hollywood, Rita Hayworth started as a teenage dancer, whose partner was her father. In the 1930s, they were billed as a couple - which in itself is creepy, but it did get her noticed by studio executives. A complete make-over including plastic surgery, changed her from Margarita Cansino to Rita Hayworth. Her beauty was literally breath taking, and she became a favorite of soldiers during World War II. When her most famous movie, Gilda, came out in 1946 the movie poster was censored due to a slight hint of her cleavage in the picture. It is amazing what was censored then as compared to now. Rita's life was a difficult one - from failed marriages to genius Orson Welles and singer Dick Haymes to suffering from Alzheimer's disease, Hayworth did not have it easy. She deserved better. 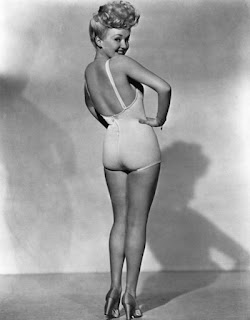 BETTY GRABLE (1916-1973)
She herself said she could not sing and was not particularly beautiful, but Betty Grable was the ultimate pin up girl for soldiers during World War II. Her seductive picture looking over her soldier was one of the most popular images of the war years. Yes, she was not the best singer or dancer, but from 1943 to 1950 she was one of the most popular female box office draws. She not only had a beauty about her, but she also seemed like an average girl that you could take to a dance or have a beer with. I think that was more sexy than anything to the soldiers during the war and after when they were coming home. Betty Grable was America to these soldiers who were giving their lives for their country. 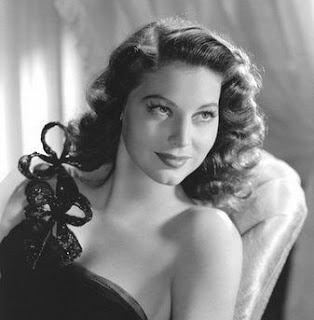 AVA GARDNER (1922-1990)
If Betty Grable was the girl next door, then Ava Gardner was the girl from the other side of the tracks. She started in movies for MGM in the early 1940s, but I feel she really made her mark in film noir movies of the late 1940s. Her come hither look heated up the screen as never before. Like Rita Hayworth though, she did not have a very happy life. She was married to such famous men as bandleader Artie Shaw and singer Frank Sinatra, and her later years were filled with many health problems. When she died in 1990, she was reportedly penniless, so ex husband Frank Sinatra paid for her whole funeral. However, to see Ava Gardner in a movie is to experience pure sexuality as never before. 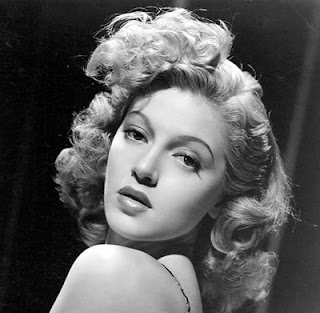 LANA TURNER (1921-1995)
Another MGM alumni, Lana Turner was called "The Sweater Girl" because obviously she could fill a sweater better than anyone! During World War II, Turner became a popular pin-up girl due to her popularity in such films such as Ziegfeld Girl (1941), Johnny Eager (1942), and four films with Metro–Goldwyn–Mayer's "king of the lot", Clark Gable. The Turner-Gable films' successes were only heightened by gossip-column rumors about a relationship between the two. In 1957, Turner's daughter was accused of murdering Lana Turner's boyfriend, and it was actually believed that Turner was the one that killed him. Despite the scandal, Turner remained a huge star throughout the 1960s.
Posted by David Lobosco at 11:27 AM