THE LAST DAYS OF DEAN MARTIN 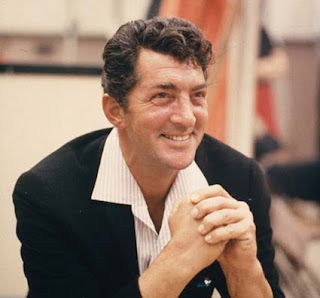 Christmas Day is supposed to be one of those few days a year where you are always happy. Surrounded by family, you cherish the times you have with them. However, each Christmas Day since 1995 I take a moment to remember the great talent that left us...now fifteen years ago. For on Christmas Day of 1995, Dean Martin passed away. He was the quintessential "Cool Cat". He was the link between the evolution of Bing Crosby's crooning and the newer style of Elvis Presley. In 1987, Dean's son Dino Jr., 35, a part time actor, was killed in a National Guard jet crash. It is common knowledge that this incident was the beginning of the end for Dino.

Skip ahead a few years, and on September 16th of 1993, Dean Martin went into Cedars Sinai Medical Center for tests. Doctors found that his lungs were "riddled with tumors." Supposedly, the doctors gave him only a few months to live. Dean walked out, and continued drinking and partying for over 2 more years. When Frank Sinatra turned 80 on December 12, 1995 there was speculation that maybe Dino would make an appearance - he did at his favorite restaurant. He ate alone, and it would be one of the last times he was seen publicly.

There are two conflicting reports about his death. One says that he spent his last evening alone, sipping red wine, and watching television until 2 AM. The "help" heard him hacking, and knew he was restless, and in the morning, they checked on him, and found him dead. The other report came from his ex-wife Jeanne, who was still close with Dean. She stated that she was with him when he died, and then she crawled into bed with him, and just hugged him. Whatever the truth, on Christmas Morning 1995, at 3:30 AM, Dino passed away. He was 78 years old. Merry friggin' Christmas.

The memorial service was held in the chapel at Westwood Memorial Park on December 28th. Dean's body wasn't there, just an Italian flag and a photograph of the star. Along with Dean's family and various ex-wives, others who attended included Jerry Lewis, Rosemary Clooney, Shirley MacLaine (who cracked a joke, "I talked to Dean an hour ago." Priceless.), Tony Danza, Bob Newhart, Charles Nelson Reilly, Dorothy Hamill, Don Rickles, and Robert Stack. Sinatra skipped it. He sent his wife. Sinatra, having health issues himself, said it was too much to bear.

The Dino I like to remember is the happy-go-lucky crooner of the 1950s and 1960s. Men aspired to be like him, and women aspired to be with him. Now fifteen years after Dino's death it is hard not to think of him at Christmas time and remember what a great talent we lost.