THE LAST DAYS OF BUD ABBOTT 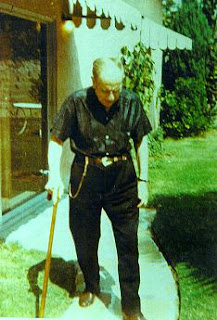 Awhile ago I posted a story on comedian Bud Abbott that was done in 1960. It was a year after his beloved partner Lou Costello passed away. Abbott was sad and dejected after feeling left out by the Hollywood scene that once embraced the team. Sadly, his final years got worse and worse. When Bud Abbott died on April 24, 1974 at the age of 78 he was a broke and defeated man.

In 1961, Bud Abbott began performing with a new partner, Candy Candido to good reviews. But Abbott called it quits, remarking that "No one could ever live up to Lou." The following year, Abbott performed in a dramatic television episode of General Electric Theater titled "The Joke's On Me".  After struggling to repay IRS liens that zapped his savings, Abbott thought he found salvation providing his own voice for the Hanna-Barbera animated series The Abbott and Costello Cartoon Show, with Stan Irwin providing the voice of Lou Costello. The cartoon ran in syndication from September 9, 1967 to June 1, 1968 and consisted of 39 individual episodes. However, the money that Abbott made from that voice over would be wiped away as his health began to fade.

By 1970 Abbott was living off a $180 a month social security benefit. His wife worked part time, and he was supported by his two children. In late 1970, he suffered the first in a series of strokes. In 1972, he broke his hip. Later that year his daughter Victoria Wheeler was interviewed for the National Enquirer, and told them:

"The doctors don’t hold any hope for him. He has cancer.My father is a very sick man. He has prostate cancer. He is in a lot of pain and hallucinates a great deal. Doctors say he has three to six months to live, but only God can tell. His condition changes from day to day. Sometimes he seems okay and in the next moment his is incoherent and oblivious to those around him.”

After the National Enquirer ran the article, Bud Abbott was bombarded with cards and letters - some even including money. In September of 1973 the magazine ran a follow up story where Abbott's wife Betty was interviewed:

“We couldn’t possibly answer all the letters, but I want to thank everybody. And please tell them that Bud is not alone. We’ve been together for over 55 years. The doctors never tell me anything except that he’s very sick. If he could only live. I say my prayers for my husband every night, but I want to keep him with me for as long as I can.”

In Bud Abbott's final monthes, he basically faded away in a hospital bed in what was once a dining room. He was unable to move or talk, and his life was pretty much filled with days of suffering. Bud Abbott's suffering finally came to an end on April 24, 1974. He was surrounded by his wife Betty Abbott (1902-1981) and two adopted children Bud Abbott Jr (1942-1998) and Vickie Wheeler (born 1949). It such a shame that in a lifetime of laughter that Abbott gave audiences, his final years were spent in pain and sadness. It is not just sad, it is a tragedy... 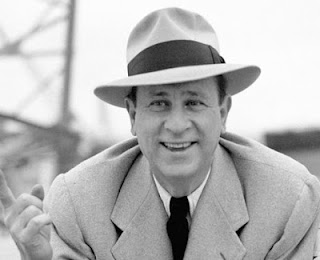