HISTORY OF A SONG: TO KEEP MY LOVE ALIVE

To Keep My Love Alive 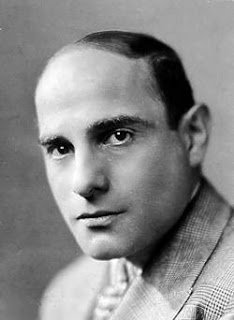 By Richard Rodgers and Lorenz Hart

This was the final song ever co-written by the legendary lyricist Lorenz Hart with his tunesmith partner Richard Rodgers. It was composed for the 1943 revival of A Connecticut Yankee, a show originated by Rodgers & Hart in 1927. It was introduced on stage by Vivienne Segal. Detailing the methods a serial widow has used to bump off her husbands, it is a classic example of the witty Hart touch. The lyricist died shortly thereafter of pneumonia.


Lyrics:
I've been married and married,
and often I've sighed,
I'm never a brides-maid,
I'm always the bride,
I never divorced them,
I hadn't the heart,
Yet, remember those sweet words,
"Till death do us part."

I married many men, a ton of them, and yet I was untrue to none of them,
because I bumped off ev'ry one of them to keep my love alive.

Sir Paul was frail, he looked a wreck to me.
At night he was a horse's nect to me,
so I performed an appendectomy,
to keep my love alive!

Sir Thomas had insomnia,
he couldn't sleep at night,
I bought a little arsenic,
he's sleeping now all right.

I thought Sir George had possibilites,
but his flirtations made me ill at ease,
and when I'm ill at ease, I kill at ease
to keep my love alive.

Sir Charles came from a sanatorium,
and yelled for drinks in my emporium.
I mixed one drink, he's in memoriam,
to keep my love alive!

Sir Francis was a singing bird,
a night-in-gale,
That's why I tossed him off my balcony
to see if he could fly.

Posted by David Lobosco at 3:50 AM