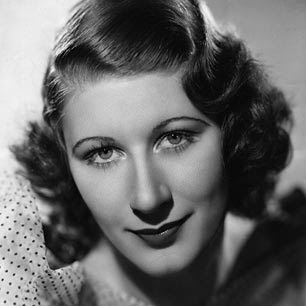 Joan Davis was one of those rubber faced comedians of the 1930s and 1940s, that highlighted any film she was in. Many comedians led tragic lives, but Davis' life was relatively happy. The sad tragedy happened after Joan Davis died at a young age.

Born Madonna Josephine Davis in St. Paul, Minnesota, on June 29, 1907, zany comedienne Joan Davis began her show business career in vaudeville as a child. In the summer of 1931, Davis married vaudeville veteran straight man Si Wills, with whom she had become a comedy act; two years later their daughter Beverly was born. By the mid 1930s, Davis made her way to California in an attempt to break into films. She was almost immediately successful, securing a role in the Mack Sennett short Way Up Thar in 1935. Upon the release of the short in 1935, RKO signed Davis to a contract, but Davis and RKO parted ways soon after. In 1937, 20th Century-Fox put her under contract with much greater success.

As Davis' success grew, her marriage faltered. The couple parted ways in 1947. There were also reports that Davis was having an affair with vaudville comedian and singer Eddie Cantor. Cantor and Davis made two movies together - "Show Business" (1944) and "If You Knew Susie" (1948). Davis continued making movies through 1952, when her final film Harem Girl was released. 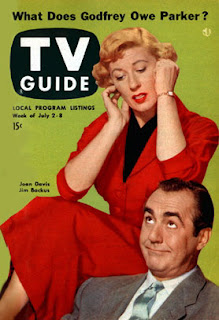 Leaving movies for television, Davis started her own production company, which produced Davis's NBC comedy I Married Joan from 1952 through 1955. Somewhat surprising is that she hired ex-husband Si Wills to write for the series. Davis also cast her daughter Beverly Wills in the role of Joan's younger sister. After I Married Joan left the air in 1955, Davis more or less retired.

Unknown to audiences the retirement was brought on by a growing heart problem. On May 22, 1961, Davis suffered a heart attack and died in Palm Springs at the age of 53. Her daughter and ex-husband made headlines after her death, wrangling over the million-dollar estate of Joan Davis, which was eventually settled in favor of her daughter. Tragically, on October 24, 1963, Davis's daughter Beverly Wills fell asleep smoking a cigarette; her Palm Springs home caught fire, killing her, her two sons, and Davis's mother. It was a tragic post script to an entertainer that delighted audiences in nearly every medium of entertainment... 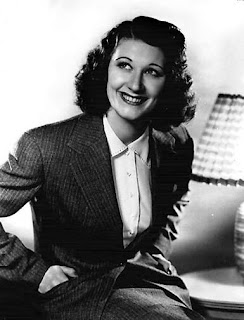