LORENZ HART: WHAT DID HE LIVE FOR 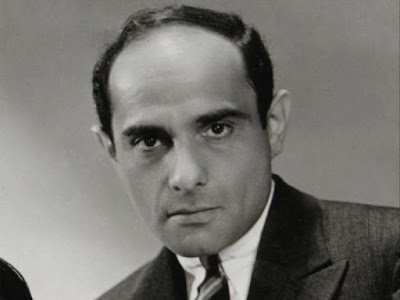 Here is an interesting article on the self destructive life of one of the greatest lyricists, Lorenz Hart. Hart is one of my all-time favorite song writers...

Coming from an upper middle-class Jewish American background, lyricist Lorenz Hart known to friends and colleagues as "Larry") was tortured by his diminutive stature and a homosexual orientation he could neither deny nor accept. His brilliant collaboration with heterosexual composer Richard Rodgers brought Hart to the top of his profession. Once there, Hart was too guilt ridden and too frightened to handle the combination of private daring and public tact mastered by Noel Coward and  Cole Porter. Hart opted for a self-destructive path, and the more he tried to suppress his desires, the more they consumed him.

Too insecure to pursue social equals, Hart limited his sexual attentions to chorus boys and male prostitutes – many procured for him by Milton "Doc" Bender, a stage-struck dentist who had been his friend since their college days. Apparently, the opportunistic Bender set aside whatever career he himself had to serve as Hart's hanger-on and procurer. Hart's friends and biographers often suggest that the disreputable Bender was responsible for leading Hart to ruin, but that doesn't make sense. As an intelligent adult who had money, connections and tremendous professional influence, Hart could live life as he chose to. If he slept with men throughout his adult life, common sense suggests that he did so because he was gay, not because a nefarious companion talked him into it. So future historians interested in reality would do well to stop using Bender as an excuse for Hart's homosexual activities. Sexuality does not require an external motivator, and to suggest otherwise is to buy into bigotry masquerading as painfully outdated pop-psychology.

Some of Hart's contemporaries have also suggested that he turned to homosexuality because women rejected him -- which is patent nonsense! Throughout history ambitious women have been all too willing to succumb to homely men who happen to have money and power, and few of those men had Hart's generous spirit or brilliant sense of humor. Plenty of Broadway and Hollywood chorines would have leapt into Hart's bed in hopes of getting a break, and as far as we can tell none of them ever got the chance. Hart peopled his bed with men. Beyond this, it is idiotic to infer Hart somehow chose to be gay. Sexuality is not a matter of choice -- unless of course the people who suggest it is can testify from their own experience that the opposite is true. Who would possibly have chosen to be a homosexual in the repressive atmosphere of the early 20th Century? 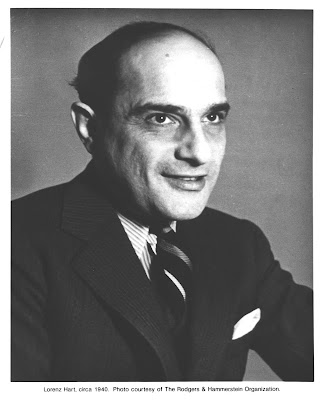 Hart’s lyrics avoided references to homosexuality. Instead, they abound with expressions of frustrated romance ("Take Him"), isolated courtship ("Quiet Night") and unconventional affection ("My Funny Valentine"). No one expressed the painful side of love like Hart did – for obvious reasons. Beginning in his teens, Hart tried to drown his inner demons in alcohol. By the late 1930s, he was disappearing on drinking binges for days at a time. Composing with him became impossible. When an exasperated Rodgers threatened to begin collaborating with Oscar Hammerstein II, Hart endorsed the idea before heading off to Mexico on yet another spree. (Rodgers had his own serious drinking problems, but they did not effect his work habits until his later years.)

On hand for the opening night of Rodgers and Hammerstein's Oklahoma, Hart was sober and stunned by its unprecedented triumph. He agreed to help Rodgers prepare a revival of A Connecticut Yankee (1943 - 135), giving longtime friend Vivienne Segal the new comic showstopper "To Keep My Love Alive." But by the time the show was in rehearsal, Hart was drinking heavily. He showed up falling-down drunk for the Broadway opening. There are several published versions of what happened next, but at some point Hart started singing along from the rear of the theatre until he was dragged out by bodyguards. After spending the night on his brother's sofa, he disappeared. Days later, he was found sitting on a street curb – drunk, coatless, and soaked to the skin by an icy November downpour. Pneumonia led to his death a few days later. According to a nurse, Hart's last words were, "What have I lived for?" Would it have comforted him to know people would still be singing and celebrating his songs for generations to come...

SOURCE
Posted by David Lobosco at 4:46 AM