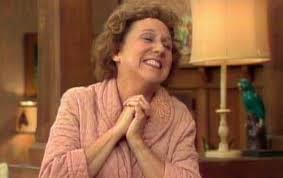 Growing up my Grandmother always reminded me of Jean Stapleton - although looking back now I don't know what the similarities were. Both women represented a simpler time in my life, and with Jean Stapleton's death today I miss them both. Stapleton was an icon as Edith Bunker on All In The Family, and as for her movies roles, I think my favorite role of hers was as Judy Holiday's friend in 1960's Bells Are Ringing. She dated Eddie Foy Jr in the movie - yes, Eddie Foy of the Seven Little Foys!


Jean Stapleton was 90 years old. Her son John Putch told CNN about her passing and, along with his sister Pamela Putch, wrote an obituary saying that she "passed away peacefully of natural causes" on Friday at her New York City home "surrounded by friends and her immediate family."
"No one gave more profound 'how to be a human being' lessons than Jean Stapleton," said Norman Lear, who produced and directed "All in the Family." "Goodbye Edith, darling."
The daughter of an opera singer and businessman, Stapleton grew up on Long Island and in New York City. It was there during the early 1940s, while working as a typist for the British War Ministry Office, that she began her career in theater. 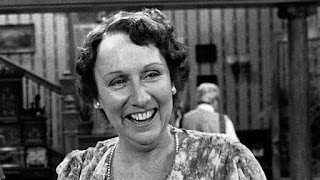 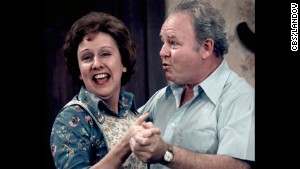 Stapleton made it to Broadway in the production "In the Summer House" in 1953, the same year of her television debut on the daytime drama "Woman With a Past." Other big stage roles followed, including in "Bells Are Ringing" and "Damn Yankees."
She also did more and more television, including appearances on shows such as "Philco TV Playhouse" and "Dr. Kildare."
Her breakout role was as Edith Bunker, the conscience of "All in the Family" as the kindhearted foil to husband Archie, played by the late Carroll O'Connor. "All in the Family" was one of television's most popular shows as it broke ground while tackling a host of social issues such as racism, sexuality, life and death. Edith Bunker, played by Stapleton, for instance revealed that she had breast cancer on the show, a rare occurrence at the time.
"I just loved doing it from the very beginning," Stapleton told CNN in 2001, shortly after O'Connor's death.
She won three Emmy awards -- in 1971, 1972 and 1978, in addition to five other nominations in which he she fell short -- for her performance in that Lear-helmed show. 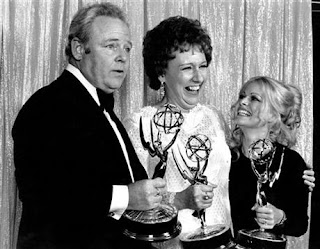 "Jean was a brilliant comedienne with exquisite timing," said Rob Reiner, who played the Bunkers' son-in-law referred to as "Meathead" on the show. "Working with her was one of the greatest experiences of my life."
Stapleton kept busy after the show went off in the air in 1979 and kept on racking up more accomplishments. Those include Emmy nominations in 1982 for playing Eleanor Roosevelt in the CBS miniseries "Eleanor, First Lady of the World" and in 1995 as Aunt Vivian in a guest spot on the ABC comedy "Grace Under Fire."
In 2002 she was chosen for the Television Academy Hall of Fame, joining the likes of Tim Conway and Bob Mackie in that organization's 15th induction class. Her most recent on-screen credits, according to the IMDB website, are from 2001 when she appeared in the film "Pursuit of Happiness" and the TV movie "Like Mother Like Son: The Strange Story of Sante and Kenny Klimes" along with Mary Tyler Moore. 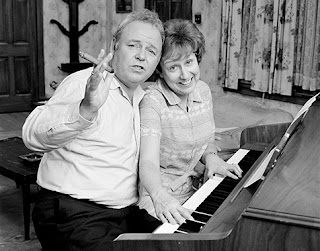 And after "All in the Family," she continued working in theater, including a nationwide tour as Roosevelt in her one-woman show "Eleanor: Her Secret Journey," the Broadway revival of "Arsenic and Lace" and Obie Award performances in Harold Pinter's "Mountain Language" and "The Birthday Party." Her final stage appearance was in "The Carpetbagger's Children" a few blocks from her home in New York, to which she returned permanently in 2002.
Calling her "our collective Mother, with a capital M," John and Pamela Putch -- Stapleton's two children with her husband William Putch, whom she married in 1957 and who died in 1983 -- said "her devotion to her craft and her family taught us all great lessons."
"In her own words, she was an 'actress,' not a celebrity," they wrote in her obituary. "The play always came first." 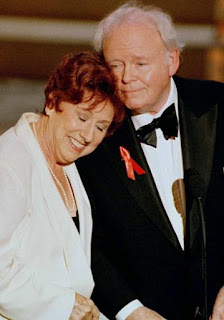