Is there any such thing as a truly bad movie? I guess there is, but even with the worst movies Hollywood has produced, there are often moments in the films worth remembering. I wanted to take a look at some of the great moments from movies that I think are bad overall... 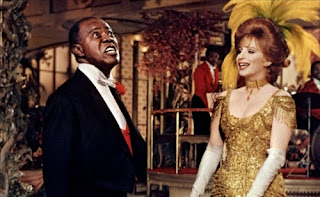 STREISAND MEETS SATCMO
Barbra Streisand as Dolly Levi in Hello Dolly (1969) was one of the worst casting jobs Hollywood ever did. In 1969, Streisand was one of the biggest rising stars in the business. However, despite her being a hot property - she should not have been cast as the older widow Levi. Walter Matthau, who I love as an actor, spent the whole movie with a puss on his face. It was his character in the movie, but he also had a strong dislike for Streisand. The one moment in the movie was the main musical number "Hello Dolly". Barbra Streisand took control of the song and made it her own, and her version of that song almost makes you forget that Carol Channing should have been cast as Dolly Levi. The best part of the number was Streisand's pairing with Louis Armstrong. It was Armstrong's last movie role, and Streisand showed a jazzy side by joining Satchmo in some scat singing. The movie is horrible to sit through, but the seven minute musical number makes the movie almost watchable. 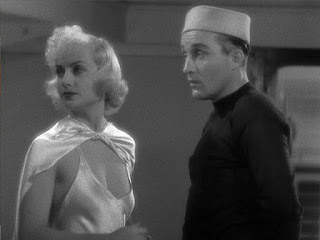 DER BINGLE SLAPS CAROLE LOMBARD
Bing Crosby helped to keep Paramount Studios out of bankruptcy in the early 30s, and he was one of the studios most populars stars from 1932 to 1956. Many of Bing's first movies for the studio showcased his singing and not his acting ability. As a result many of those early movies had pretty corny plots. One of those movies was We're Not Dressing (1934). The film cast Bing as a sailor and the great Carole Lombard as a millionaire stranded with Crosby on an island. The film is worth seeing for Bing's singing alone, and he sang some great songs like "May I", "Love Thy Neighbor", and "Once In A Blue Moon". In those terms the movie was good, but at one point Bing even had so sing with a bear (a man in a suit). Do not ask - it was 1934! The best part of the movie was not the singing, but the one scene when Bing slaps Carole Lombard. Remember, it was 1934. Singing Bing strike a woman was the most shocking part of the movie, and it has always stuck with me. In reality Bing and Carole were good friends, and Bing was a pallbearer later in 1934 when Lombard's boyfriend Russ Columbo died tragically. 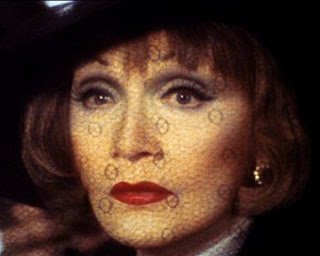 DIETRICH'S BOOZY LAST MOVIE APPEARANCE
Marlene Dietrich was one of Hollywood's most stunningly beautiful women. From her breakthrough film "The Blue Angel" (1930) through her occasional film roles in the 1950s, she was not only a great beauty but a pretty good actress. Dietrich made one more screen appearance before she disappeared from the screen forever. It was a little role and a pretty awful film called "Just A Gigalo"(1978). Also appearing in the film was David Bowie, Kim Novak, and Curd Jurgens. It was a bizarre cast to say the least. Marlene Dietrich was filmed in Paris but editing makes her seem to be in Berlin with David Bowie. German press reports claimed she was paid $250,000 for two days' work. It was also widely reported that Dietrich was drunk the whole time her scenes were being filmed. Dietrich's show business career largely ended in late 1975, when she fell off the stage and broke her thigh during a performance in Sydney, Australia. The following year, her husband, Rudolf Sieber, died of cancer. By the time she signed on to film "Just A Gigalo", she was dependent on alcohol and painkillers. However, the saving grace in this awful film was Dietrich singing the title song. She looked sick and depressed in the film, and when she sings "there will come a day, when youth will pass away..." it never fails to give me chills. It's another great moment in a bad film.

Do you have any favorite moments in bad movies? Email me at dlobo74@gmail.com with your picks and I will incorporate it into a future blog article...
Posted by David Lobosco at 5:00 AM