WHERE ARE THEY NOW: RANDY QUAID 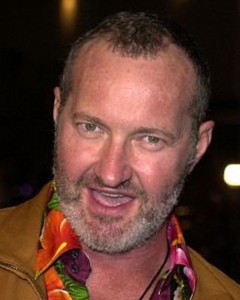 Randy Quaid was always the funnier and kookier brother of Dennis Quaid. Randy, born in 1950, made a name for himself in funny roles and various offbeat characters. Of course he is best known for his appearances alongside Chevy Chase as Cousin Eddie in the National Lampoon Vacation movie franchise. However, it went all wrong a couple of years ago, and since 2010 Randy Quaid has basically lived on the run in Canada.

Quaid has appeared in over 90 films. Peter Bogdanovich discovered him when Quaid was a student at the University of Houston, and he received his first exposure in Bogdanovich's The Last Picture Show. His character escorts Jacy Farrow (played by Cybill Shepherd) to late-night indoor skinny-dipping at a swimming pool. It was the first of his several roles directed by Bogdanovich and/or based on the writings of Larry McMurtry. Quaid's first major role was in the critically acclaimed The Last Detail (1973). He played a young US Navy sailor on his way to serve a harsh sentence for stealing $40 from an admiral's wife's pet charity. Jack Nicholson played the Navy sailor assigned to transport him to prison. Nicholson's character eventually becomes his friend and mentor, helping him experience different aspects of life before he goes behind bars. Quaid was nominated for a Golden Globe, BAFTA and an Academy Award for his role in The Last Detail. He was featured in two science fiction movies, Independence Day and the unsuccessful Martians Go Home.

Other movie roles include Kingpin, where he played the lovable Amish bowler Ishmael alongside Woody Harrelson and Vanessa Angel, a loser father in Not Another Teen Movie, and an obnoxious neighbor to Richard Pryor's character in Moving. He played the lead role in the HBO movie Dead Solid Perfect, a golfer trying to make it on the PGA Tour. He also appeared in the National Lampoon Vacation movies as Cousin Eddie to Chevy Chase's Clark W. Griswold. Shortly after starring in National Lampoon Christmas Vacation, Randy Quaid was also featured in Days of Thunder as comical NASCAR car owner and successful car salesman Tim Dailand, a determined businessman who expects his team to be top-notch for fans and sponsors. Quaid had a pivotal supporting role in Brokeback Mountain (2005) as an insensitive rancher. 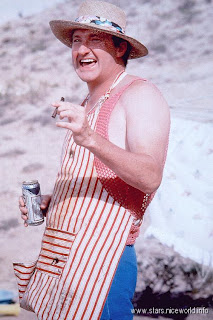 On September 18, 2010, in Santa Barbara, California, Randy Quaid and his wife faced burglary charges for living in a guest house without the permission of the owner. They claimed that they had owned the property since the 1990s although a representative of the property owner had called the sheriff's department and produced documents that showed the house as being sold to the current owner in 2007. The previous owner had purchased the property from the Quaids several years earlier. TMZ reported that the Quaids claim that the home was wrongfully transferred to a third party by the use of the forged signature of a dead woman named Ronda Quaid in 1992. The Quaids are being accused of more than $5,000 worth of damage that they are claimed to have caused to the guest house.

They were booked for felony residential burglary under section 459 of the California Penal Code (459PC), and misdemeanor entering a non-commercial building without consent (602.5 PC). Evi Quaid was also booked for misdemeanor resisting arrest (148PC). Their bail was set at $50,000 each. On September 19, 2010 they posted bail and were released. On October 18, 2010, bench warrants for the Quaids were issued following their failure to appear for a hearing on the burglary charges. Their bail was subsequently raised to $500,000 each. The bail was forfeited in November 2010. The company that had posted bail for the Quaids lost a court case in January 2012 to prevent the forfeiture.


On October 22, 2010, Quaid and his wife sought protection under the Canadian Immigration and Refugee Protection Act, after being arrested in the Kerrisdale neighbourhood of Vancouver. They have since applied for refugee status on the grounds that they fear for their lives in the United States, claiming that numerous actors have died under mysterious circumstances committed by the "Hollywood star whackers". They were granted bail on the condition of $10,000 bond pending further Immigration and Refugee Board of Canada hearings. However, due to their inability to deposit the required bond with the court for several days, they remained in custody of the Canada Border Services Agency. They were released on October 27 after the discovery that Evi Quaid is a "prima facie Canadian citizen".

On July 15, 2011 an attempt to extradite Randy and Evi Quaid from Canada failed when the U.S. Department of Justice turned down a request from the Santa Barbara County district attorney calling for the Quaids to be returned to California to face the felony burglary charges dating from the September 2010 incident. As a result, if Quaid and his wife re-enter the United States, they will be arrested. In January 2013, Canadian immigration officials denied Randy Quaid's request for permanent resident status in Canada while still leaving open the option to challenge this decision in federal court. Randy Quaid hasn't made a movie since 2009, and all I can say is I wish Cousin Eddie would come home... 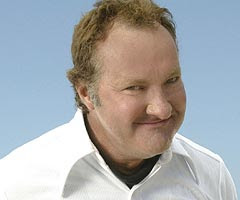