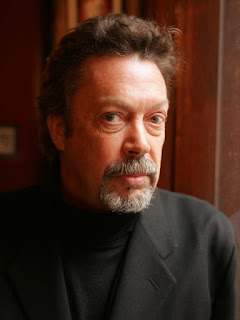 One of the truly great character actors is recovering from a stroke. Rocky Horror Show actor Tim Curry is recovering after suffering a major stroke at his home in Los Angeles.

The British star, 67, is said to be 'doing great' following the collapse.

Curry rose to fame as Dr. Frank-N-Furter in the cult musical and went on to a successful stage and film career. His best roles were as Rooster in the movie musical Annie (1982) and as Pennywise, the murderous clown in the television adaptation of It (1990).

Few details were available about the stroke last night, but sources close to the actor refused suggestions that the stroke had made it difficult for him to speak.

'Tim is doing great,' said his longtime Los Angeles agent Marcia Hurwitz. 'He absolutely can speak and is recovering at this time and in great humour', she added. Unmarried, he lives in the Hollywood Hills in a Spanish colonial-style villa.

The son of a Methodist Royal Navy chaplain, James, and his school secretary wife, Patricia, Curry is one of Britain’s best-loved character actors.

In 2011, he was scheduled to portray the Player in a Trevor Nunn production of Tom Stoppard’s 'Rosencrantz and Gildenstern are Dead' at the Chichester Festival Theatre and then in London, beween May and August, but he withdrew from the production at the last minute on May 27 citing ill health.

Recently Tim appeared in an 2010 episode of TV's "Criminal Minds" as an evil murderer on a rampage. Curry looked overweight and sick at the time he appeared on the crime drama. Tim also suffers debilitating asthma attacks... 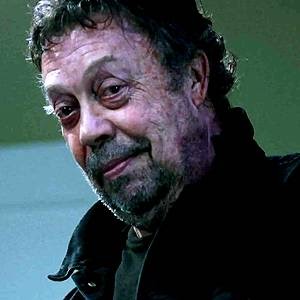