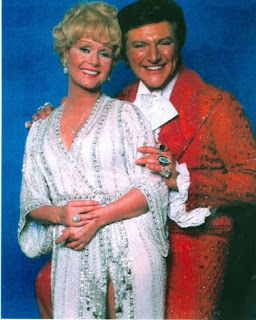 BEVERLY HILLS, Calif. (AP) — In the new film "Behind the Candelabra," veteran entertainer Debbie Reynolds has just three major scenes to flesh out one of the most complicated figures in piano-playing showman Liberace's life: his loving but sometimes manipulative mother Frances.

The Oscar-, Tony- and Emmy-nominated Reynolds didn't need to do any homework for the part. She knew Frances. Reynolds joined Liberace's inner circle while both were doing stage shows in Las Vegas.

"I tell the story when Lee called me one night after work," Reynolds remembered, using Liberace's nickname. "I was at the Desert Inn, he was at the Hilton, and he said, 'Debbie, I'll pick you up after the show, and we'll take Tom Jones. It's his birthday.'"

"I have never had a better time than being Liberace's date," the 81-year-old Reynolds continued. "We all knew he was homosexual. That was a friend: You know what they love and the people that they love, and what they are."

"Behind the Candelabra" picks up the story of Liberace, played by Michael Douglas, in the '70s and focuses on his six-year relationship with the much younger Scott Thorson, portrayed by Matt Damon.

Reynolds, who also knew Thorson, highly praised both of the film's stars. "They had to immerse themselves: two straight men, to make this come off as loving and real."

Liberace died from complications of AIDS in 1987 at age 67. He never publicly acknowledged he was gay.

"I don't want him to be remembered just for being homosexual," Reynolds explained. "He should be remembered as a great entertainer and loved by so many. And this picture does do that."

"Behind the Candelabra" premieres on HBO in the U.S. and on HBO Canada Sunday. On the heels of its theatrical world premiere this week in Cannes, the film begins a run in overseas cinemas starting in June... 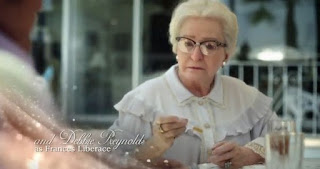 SOURCE
Posted by David Lobosco at 3:56 AM