MY FIVE FAVORITE CLASSIC MOVIES I SAW IN 2011

For as long as I have been watching classic movies, I am amazed at the amount of movies I still haven't seen. Turner Classic Movies is one of the most prized things in my life (next to my wife and child), and the channel is constantly introducing me to new classic movies that I have never seen before. Here are the best classic movies I saw in 2011: 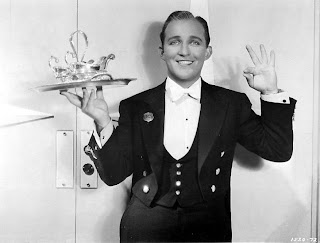 5. HERE IN MY HEART (1934)
For the longest time, this Bing Crosby movie was the Holy Grail of his movies. It was nearly impossible to get a copy of the film - other than than a fifth generation or so video copy. MCA/Universal recently released the elusive film as part as a five film release of Bing's movie. The movie is not great, but Bing is in fine voice and this was the second time Crosby was paired up with opera singer Kitty Carlisle. All of Bing's films in the early 1930s were light on plot but still enjoyable to watch.

4. BIG BOY (1930)
It is rare to see an Al Jolson movie on television, for the most part they are not even readily available on DVD. However, TCM surprised me when they showed this film in 2011. The movie is 81 years old but it looks about 100 years old. Jolson appeared in the whole movie in blackface. He plays a farm hand who becomes a jockey. The film may be offensive to some people because of the blackface, but to see Jolson perform even on film is to see a real genius work. He was one of the greatest entertainers of all time. 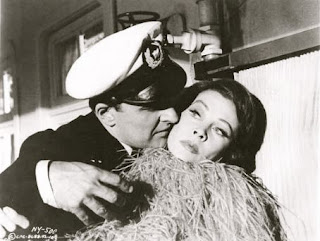 3. SHIP OF FOOLS (1965)
This movie I caught on TCM one day when I was home sick. I am not a huge Vivien Leigh fan, but I could not stop watching the film. Directed by the great Stanley Kramer, he weaves the stories of the passengers that all on this boat together very effortlessly. Joining Leigh on this voyage was the great Jose Ferrer and almost equally talented Lee Marvin. The movie would mark the last screen appearance of Viven Leigh, and she died two years after the film was made. This is the perfect movie to watch on a lazy afternoon. The movie starts slow, but it is engrossing until the end.

2. SINNER'S HOLIDAY (1930)
This film I caught by accident when I set my DVD recorder to the wrong time. Even though the film is over 80 years old, it was really an interesting movie to watch. The stars of the film were forgotten stars Grant Withers and Evalyn Knapp but the true stars of the film were young actors by the name of James Cagney and Joan Blondell. The story goes that Al Jolson saw the broadway show of this film and immediately bought the rights. He sold the rights back to Warner Brothers - only if they cast Cagney and Blondell in the roles they originated on broadway. The rest they say is history. 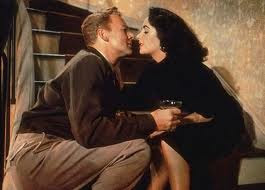 1. THE LAST TIME I SAW PARIS (1954)
Here is another movie I caught on TCM by accident. I am a huge fan of Van Johnson, but I always shied away from this movie thinking it was a typical 1950s soap opera film. However, the movie caught my attention, and even though it was like a soap opera at some parts, there were some definite surprises that I did not see coming. In addition to Van Johnson the cast boasted some great stars like Elizabeth Taylor, Donna Reed, Eva Gabor, and a young Roger Moore in his film debut. I never expected to pick this film as my personal find of 2011, but it is a great movie that I would love to see again.
Posted by David Lobosco at 4:12 AM