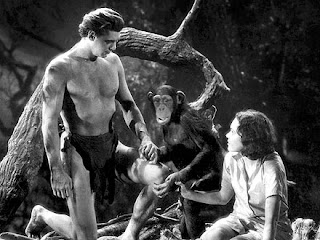 Cheetah, a chimpanzee who starred alongside Tarzan in the franchise films of the early 1930s, died Saturday. He had experienced kidney failure earlier that week, and was thought to be 80 years old.

Cheetah, also known as Cheetah-Mike, acted as Tarzan's comic sidekick "Cheeta" and was one of several chimpanzees who appeared in the films of 1932 to 1934, with Johnny Weissmuller in the starring role.

Around 1960, after living on Weissmuller's estate, Cheetah retired to Suncoast Primate Sanctuary in Palm Harbor, Fla.

"It is with great sadness that the community has lost a dear friend and family member," the sanctuary announced this week on its website. Chimpanzees live an average of 45 years in the wild, and captive chimps have an average lifespan of 60 years.

While at the sanctuary, Cheetah enjoyed watching sports on television, listening to nondenominational Christian music, and occasionally throwing poop when he was feeling disgruntled.

"He was very outgoing," outreach director Debbie Cobb tells PEOPLE. "He always loved to laugh and to make other people laugh. He was the first chimp I've ever seen shed a tear when another animal died."

Cobb, who has been affiliated with the sanctuary since she was a child, has known Cheetah for 51 years, and says she will miss "not being around him everyday." The sanctuary has been raising funds to construct a medical building dedicated to Cheetah. "We're going to make sure that Cheetah's memory lives on forever," Cobb says.

Actress Mia Farrow, whose mother, Maureen O'Sullivan, starred as Jane in the Tarzan films, took to Twitter to remember the animal.

"Cheetah the chimp in Tarzan movies died this week at 80," she wrote. "My mom, who played Jane, invariably referred to Cheetah as 'that bastard.'"

"He loved women," Cobb says. "He loved life, everything about it." 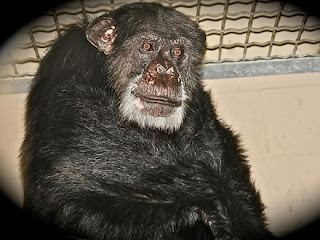