SEX SYMBOLS OF THE CINEMA: ONES I MISSED

Any fellow blogger knows that there is only so much space to write your thoughts and ideas. With my series on the sex symbols of the cinema, I was only picking four actresses for each decade. That is not a lot, and there were stars that I missed and did not profile that I should have. Here are some of the great sex symbols that did not get recognized: 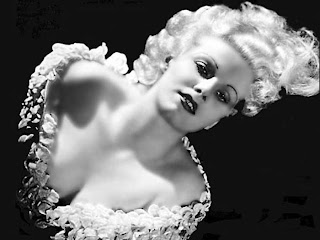 JEAN HARLOW (1911-1937)
Not putting Jean Harlow on the original list was the biggest mistake of the series. Harlow was sex on film in the 1930s. Unfortunately, Jean died way too young. She was more than a sex symbol though. Harlow was amazing to see in "Dinner At Eight" (1934), and every role she was in, she made the movie that much better. She not only had great sex appeal, she had great comedic timing.

CAROLE LOMBARD (1908-1942)
I always considered Carole Lombard a great comedic actress more than a sex symbol, but like Harlow I think she was both. Also like Jean Harlow, Carole died too young. Lombard made some great movies like "Made For Each Other" (1939) and "To Be Or Not To Be"(1942) - and even in corny movies like "We're Not Dressing" (1934), Lombard was funny and sexy as well. 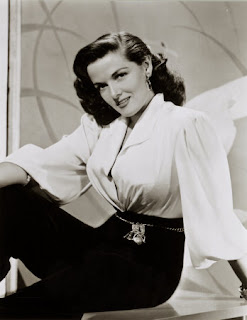 JANE RUSSELL (1921-2011)
Jane Russell was basically the brunette answer to Betty Grable and Marilyn Monroe. Russell made the bustline famous in movies, but despite being a sex symbol she was talented as well. Russell was a good singer as well and as an actress she easily could act alongside the likes of Bob Hope, Robert Mitchum, and Clark Gable.

BRIGITTE BARDOT (BORN 1934)
Even though I pride myself a movie fan, I have never seen a Brigitte Bardot movie. I only know her from seeing her animal activism in recent years, but she was a great beauty. She left the entertainment industry in 1973, but Bardot made over 40 films that really revolutionized how sex symbols were looked at. She took sex in the industry to a whole new level. 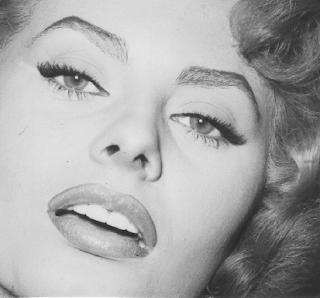 SOPHIA LOREN (BORN 1934)
Sophia Loren is one of the few women who can make being in her 70s sexy. Loren, like Bardot, started out at the beginning of the new sexual revolution in the film industry. Her first film was "Aida" (1953) and she went on to seduce audiences and co-stars like Frank Sinatra, John Wayne, and Cary Grant. She remains one of the most beautiful active working classic actresses in the business.

Do you have any other sex symbols that we should have profiled? Who else did we miss? I would love to keep revisiting this topic from time to time on my blog. I want to thank everyone who read and commented on this series, and thank you to all of the movie sex symbols who made writing this series so easy...
Posted by David Lobosco at 4:01 AM