As a new decade approached in the movie industry - sound had taken over the movies. Now sex symbols on the screen needed to do more than bat an eye or looked seductive, they had to talk. It did not matter how beautiful they were, if they opened their mouths and sounded like a shrill Minnie Mouse, then they were out of a job.

In addition to sound in the movies, the industry was hit with a morality code in 1934. Movies of the 1920s and early 1930s were very risque, and the code was created to keep the movies pure and wholesome. That code would remain a part of the movie industry until the 1960s. The sex symbols of the 1930s had to be sexy without overtly sexual, and they had to use their voices to keep the audience's attention. These actresses of the 1930s fit the profile of what a 1930s starlet was: 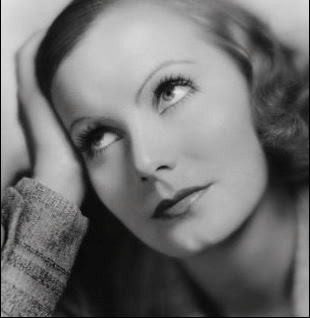 GRETA GARBO (1905-1990)
Born in Sweden as the much less marketable Greta Gustafsson (a name more befitting a herring fisherman) this Viking beauty was pillaging the hearts of America as early as 1927. Although her Hollywood career was a short one, Garbo is still considered the quintessential movie star, not only for her looks but also her huskie voice. She left movies in 1941 - never to return. Even Bing Crosby tried to coax her out of retirement to make a movie with him. By the 1970s and 1980s, she was an elusive legend in New York - and she only longed to be alone.

JOAN CRAWFORD (1905-1977)
During the 1920s actress Joan Crawford (originally Lucille Fay LeSueur) Charlestoned her way into the public consciousness when she became known as America’s most famous flapper, which is something like a female hipster with a shred of dignity if you can believe such a thing. Opposite to her screen persona however, the real Crawford was a hard working Texas girl who had to flaunt her goods in male stage films before someone finally decided she wasn’t too monstrously ugly to star in a movie’s leading role. Her reputation is tarnished as "Mommie Dearest" now, but she was one of the screen's great sex symbols of the 1930s. 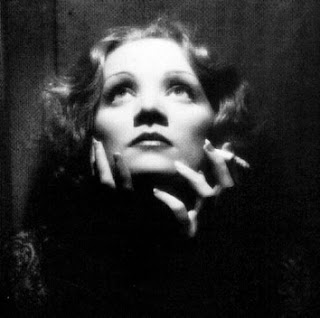 MARLENE DIETRICH (1901-1992)
Marlene Dietrich was another foreign import from Germany, brought over to America to rival Greta Garbo, because as far as movie producers back then were concerned, one Germanic actress with strong facial features was as good as the other. They were of course right, because pretty soon Dietrich became one of the most famous and best paid women of her era. Dietrich wore a crude face-lifting mechanism in most of her movies, composed of a set of hooks borrowing into her skin, hidden safely away under wigs and such. Like Garbo she lived many years a reclusive. However, Dietrich appeared on film as late as 1979 with David Bowie (of all people) to sing a sad version of "Just A Gigalo". Her personality was still there, but her looks had faded. 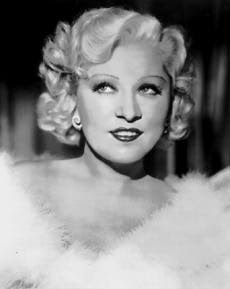 MAE WEST (1893-1980)
Mae West was not only an early cinematic sex symbol, she was also a crusader against censorship, and an activist fighting for the rights of homosexuals. Her movies not only were banned often but so were many of her radio broadcasts, namely a dirty radio sketch she did on Adam and Eve. West worked with many of the great actors of Hollywood like Cary Grant, WC Fields, and George Raft, but I do not feel the movies ever really captured the full personality that Mae West possessed. She made most of her best movies in the 1930s, and by the 1960s she basically became a caricature of herself. A rumor came out in the 1960s that she was actually a man, but despite the heavy make-up she wore to try to remain looking young, she was indeed a woman.

Even though Greta Garbo was considered odd for leaving movies in the 1940s, she might have been the smartest. The other starlets like Dietrich, Crawford, and West stayed in the industry too long. Garbo ended her career on a high note. As the decade of the 1930s ended, so did a lot of the innocence of a country as we got thrusted into World War II. The sex symbols played an important part in the morale of our soldiers and getting the country through tough times again...
Posted by David Lobosco at 4:33 AM