WHAT A CHARACTER: MARY WICKES 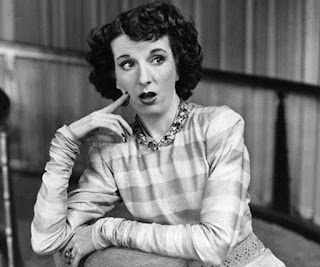 Mary Wickes' name you may not remember, but you will definitely remember her face. She was in countless movies for decades. I remember her most as the snooping housekeeper in 1954's White Christmas as well as the older nun in 1992's Sister Act.

Wickes's first Broadway appearance was in Marc Connelly's The Farmer Takes a Wife in 1934 with Henry Fonda. She began acting in films in the late 1930s and was a member of the Orson Welles troupe on his radio drama The Mercury Theatre on the Air; she also appeared in Welles's film Too Much Johnson (1938). One of her earlier significant film appearances was in The Man Who Came to Dinner (1942), reprising her stage role of Nurse Preen.

A tall (5'10") woman with a distinctive voice, Wickes would ultimately prove to be an adept comedian. She attracted attention in Now, Voyager (1942) as the wisecracking nurse who helped Bette Davis's character during her mother's illness. She had already appeared earlier that year with Davis in The Man Who Came To Dinner, and joined her again six years later in June Bride. (Wickes and Davis also reteamed in 1965 when Wickes played a supporting role to Davis in a television pilot, The Decorator. 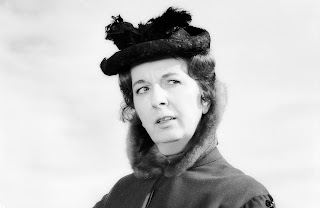 In 1942, she also had a large part in the Abbott and Costello comedy Who Done It? She continued playing supporting roles in films during the next decade, usually playing wisecracking characters. Wickes moved to the new medium of television in 1949, starring in the title role of a Westinghouse Studio One version of Mary Poppins. In the 1950s, Wickes played the warm yet jocular maid Katie in the Mickey Mouse Club serial Annette and regular roles in the sitcoms Make Room for Daddy and Dennis the Menace. She also played the part of a ballet teacher, Madame Lamond, in the I Love Lucy episode "The Ballet" (1952). Wickes also served as the live-action reference model for Cruella De Vil in Walt Disney's One Hundred and One Dalmatians (1961), and played Mrs. Squires in the film adaptation of Meredith Willson's The Music Man (1962).

Wickes' career had a resurgence in the late 1980s and 1990s. She was cast as the mother of Shirley MacLaine's character in the film Postcards from the Edge (1990) and portrayed Marie Murkin in the television movie and series adaptations of The Father Dowling Mysteries (1989–91). One of her most notable roles happened in this time frame, when she was cast as Sister Mary Lazarus in Sister Act (1992) and in the sequel Sister Act 2: Back in the Habit (1993). She appeared in the 1994 film version of Little Women before she became ill. 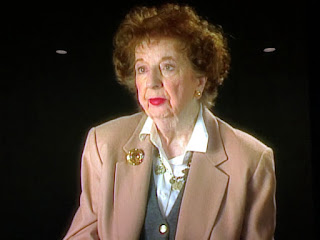 Wickes suffered from numerous ailments in the last years of her life that cumulatively resulted in her hospitalization, where she fell and broke her hip, prompting surgery. She died of complications following the surgery on October 22, 1995 at the age of 85 at the UCLA Medical Center in Los Angeles.

Her final film role, voicing Laverne in Disney's animated feature The Hunchback of Notre Dame, was released posthumously in 1996. Wickes reportedly had only one voice recording session left for the film when she died. Jane Withers came in to finish the character's remaining six lines of dialogue. Whether doing the voices for a Disney movie or being a wisecracker housekeeper, Mary Wickes was quite a character in all of her movies... 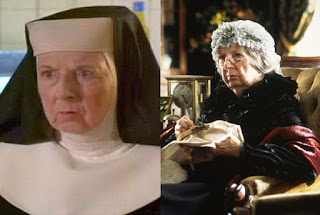 Posted by David Lobosco at 9:01 AM