THE CHILDREN OF PAUL NEWMAN 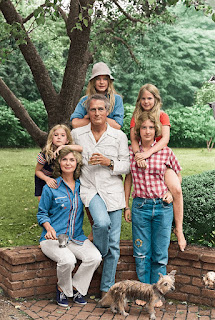 Paul Newman and Joanne Woodward had a love affair that lasted for decades. They were married on January 29, 1958 and stayed married until Newman's death on September 26, 2008 at the age of 83. Newman was married before, when he married Joanne he blended this families together. Here is a brief look at the children of Paul Newman... 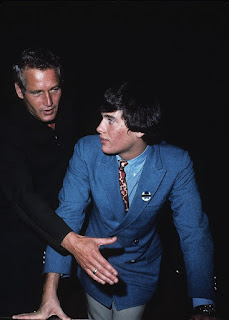 Scott is Paul’s eldest son, who was born in 1950. Like his dad, Scott was an actor. According to IMDb, he made his debut in 1974’s The Towering Inferno, and also had credits in Marcus Welby, M.D., Harry O, S.W.A.T and Fraternity Row. Tragically, Scott died at the age of 28 from an accidental overdose in a hotel room in Los Angeles in November 1978. At the time, Paul was heartbroken and wished he could’ve been there for Scott. “Paul felt he should have done more,” a friend reportedly said in February of 2021.

Paul’s second child and first daughter, Stephanie, arrived in 1951. During her childhood, Stephanie made a few appearances alongside her father, but since she’s grown up, she’s stayed out of the spotlight. Per Vanity Fair, Stephanie lives a quiet life away from Hollywood, so there isn’t too much information known about her.
SUSAN KENDALL NEWMAN
Paul welcomed his third child in 1953. Unlike Stephanie, Susan pursued a career in Hollywood, having acted in 1977’s Slap Shot, 1978’s I Wanna Hold Your Hand and 1978’s A Wedding. In addition to her career in showbiz, Susan is very dedicated to her philanthropic efforts. According to IMDb, she served as the Executive Director of several nonprofit organizations specializing in alcohol and drug abuse prevention, as well as child welfare. Nowadays, Susan lives in California, Vanity Fair reported.

Nell is the eldest of Paul and Joanne’s kids together. She was born in 1959. Nell focused on acting as a young girl as she appeared in Rachel, Rachel in 1968 and The Effect of Gamma Rays on Man-in-the-Moon Marigolds in 1972, but as she grew up, she became an entrepreneur. Most notably, she founded the organic food and pet food production company called Newman’s Own Organics. 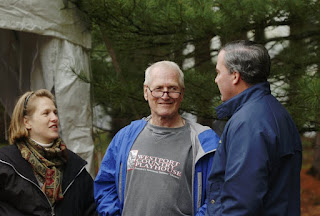 MELISSA "LISSY" NEWMAN
Paul and Joanne’s daughter Lissy was born in 1961. She also became an actress like her father and mother, appearing in films and TV shows like Time Patrol, Revenge of the Stepford Wives, Lou Grant, Gunsmoke and more. Lissy is also a singer and songwriter. Though it’s unclear when Lissy tied the knot, the actress is married to her husband, Raphael Elkind. The two share their kids, Henry Elkind and Peter Elkind.


CLEA NEWMAN
The couple’s youngest daughter, Clea, arrived in 1965. Clea also works in Hollywood, though she opted to stay behind the camera. Per IMDb, she’s worked in the editorial department and helped produced shows like Big Little Lies, Mad Men and Raising the Bar. Clea is also a married woman, having tied the knot with her husband, Kurt Soderlund. When she’s not with her hubby or working in showbiz, Clea is very dedicated to philanthropy, per Vanity Fair.

Posted by David Lobosco at 7:50 AM