WHAT A CHARACTER: LLOYD BOCHNER 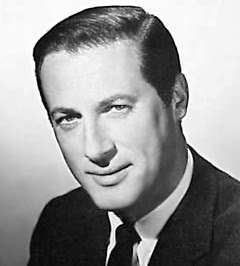 Born on July 29, 1924 - Lloyd Wolfe Bochner had that wonderfully sonorous type of voice that was always tailor-made for radio or for the stage. Unsurprisingly then, by the time he was eleven, Lloyd was already employed as part-time voice-over artist and reader of drama serials by radio stations in Vancouver. He made his acting debut as a youth with the Joseph Barrington Juveniles. Lloyd's education at the University of Toronto was interrupted in 1943 by wartime service in the Royal Canadian Navy. However, in 1947, he graduated with a B.A. and a few years later moved to New York to further hone his acting skills. In 1953, he returned to Canada to participate in the inaugural season of the Stratford Festival getting to enact choice Shakespearean roles from Horatio in "Hamlet" to Orsino in "Twelfth Night".

Having made his screen bow in a small Canadian production, The Mapleville Story (1946), Lloyd's first significant exposure in television was as British army officer Nicholas Lacey in the half-hour NBC serial "One Man's Family" (1949), which had first been performed on radio and starred Bert Lytell and Marjorie Gateson. His real breakthrough came quite a few years later, once having moved to Hollywood, as co-star of the studio-bound crime series "Hong Kong" (1960). He played local British police-chief Neil Campbell, solving crime in tandem with an American newspaper correspondent (played by Australian actor Rod Taylor).

This, in turn, led to other key roles including his almost legendary appearance in the classic "Twilight Zone" (1959) episode "To Serve Man" in 1962 (at one time voted 11th in a TV guide poll of 100 best TV episodes of all time). Based on a short story by Damon Knight written in 1950, "To Serve Man" unfolds in flashback as narrated for the viewer by Lloyd Bochner's decoding expert Michael Chambers. It has all the elements of great television, and Bochner's great delivery made the episode one of the most memorable Twilight Zone episodes. 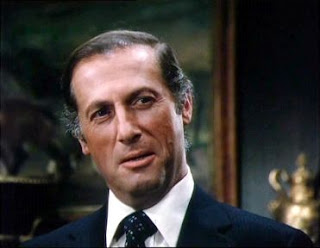 A typical and very famous Bochner role was that of the scheming Cecil Colby on Dynasty, in part due to his notorious death scene (the character suffered a heart attack while having sex with Alexis Carrington (Joan Collins), and later died in his hospital bed seconds after marrying her). A few years later, Bochner planned to star as C.C. Capwell on the daytime drama Santa Barbara, but a heart attack caused his departure from the series. Bochner continued to appear in television series for the next few decades, doing frequent voiceover work for the animated cartoon version of Batman: The Animated Series and The New Batman Adventures. In 1998 Bochner co-founded the Committee to End Violence, a panel designed to study the impact violent images had on culture. He was also active in Association of Canadian Radio and Television Artists and was a licensed amateur radio operator. He joined the Stratford Festival of Canada in its first season in 1953 and spent six years there, playing Horatio in Hamlet, Orsino in Twelfth Night, and Duke Vincentio in Measure for Measure opposite James Mason.

Lloyd died of cancer on October 29, 2005, at the age of 81 at home in Santa Monica, California. He left behind three children — Hart Bochner (actor, who also did voices for Batman), Paul and a daughter, Johanna. He was known more for his role on Dynasty in the 1980s, but I remember him best from that Twilight Zone episode. If Emmys were given out for single episode appearances, Bochner should have gotten one. He left behind a wealth of voice and acting work, that is happily remembered today... 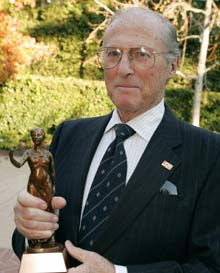