WHERE ARE THEY NOW: ERIN FLEMING 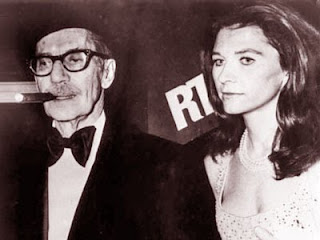 Not many people will know who Erin Fleming is - I would guess hardly anyone. I just know the name from reading biographies of Groucho Marx and the Marx Brothers. Fleming's story is a sad one that I discovered ended equally sad.

Erin Fleming, born on August 13, 1941, was a Canadian actress who was best known as the companion and "secretary" to Groucho Marx in his final years.
She appeared in minor roles in five films between 1965 and 1976, during which time she became acquainted with Marx and moved into his house.

Fleming's influence on Marx was controversial. Many close to him admitted that she did much to revive his popularity; these efforts included a series of one-man shows, culminating in a sold-out performance at Carnegie Hall which was released on a best-selling record album and an honorary Academy Award he received in 1974. Also, some observers felt the apparent relationship with a young starlet boosted Groucho's ego, adding to his vitality. Others, including Marx's son, Arthur, described her in Svengali-esque terms, accusing her of exploiting an increasingly senile and frail Marx in pursuit of her own stardom. 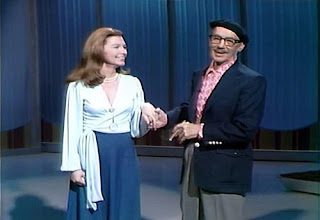 In the years leading up to Marx's death in August 1977, his heirs filed several lawsuits against Fleming. One allegation leveled against Fleming was that she was determined to sell Marx's favorite car, a Cadillac, against his wishes. When Marx protested, it was said, Fleming threatened, "I will slap you from here to Pittsburgh." Many people close to Marx believed Fleming was abusive towards him. Arthur wanted temporary conservatorship of his father, and took Fleming to court. According to the book Raised Eyebrows by Groucho's secretary Steve Stoliar, Fleming had several personal problems; he stated in his book that she used drugs, had mood swings, and was given to inappropriate outbursts, both in public and in private.

The court battles dragged into the early 1980s, but judgments were eventually reached in favor of Arthur Marx, ordering Fleming to repay $472,000 to the Marx estate.

Fleming's mental health deteriorated in the 1990s. She was arrested once in the Los Angeles area on a weapons charge, and spent much of the decade in and out of commitments to various psychiatric facilities. She was also reportedly impoverished and homeless in her final years, living on the streets of Hollywood and Beverly Hills. Erin Fleming committed suicide in 2003 by shooting herself... 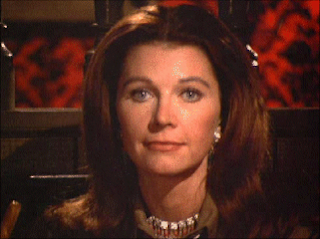 Posted by David Lobosco at 5:19 AM