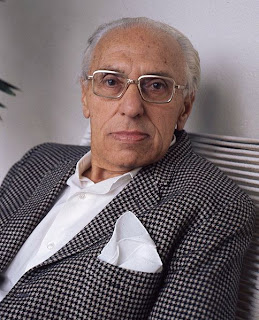 Director George Cukor was one of the most profilic directors in Hollywood history. In his early 30s he was directing some of the greatest classic stars of all time and making some of the most beloved movies Hollywood has ever produced. His career flourished at RKO when David O. Selznick, the studio's Head of Production, assigned Cukor to direct several of RKO's major films including What Price Hollywood? (1932), A Bill of Divorcement (1932), "Our Betters" (1933), and Little Women (1933). When Selznick moved to MGM in 1933 Cukor followed and directed Dinner at Eight (1933) and David Copperfield (1935) for Selznick and Romeo and Juliet (1936) and Camille (1936) for Irving Thalberg. I was curious about Cukor's later years though when the industry was changing, and whether or not Cukor changed with the times.

In December 1952, Cukor was approached by Sid Luft, who proposed the director helm a musical remake of the 1937 film A Star is Born with his then-wife Judy Garland in the lead role. Cukor had declined to direct the earlier film because it was too similar to his 1932 What Price Hollywood?, but the opportunity to direct his first Technicolor film, first musical, and work with screenwriter Moss Hart and especially Garland appealed to him, and he accepted. Getting the updated A Star Is Born to the screen proved to be a challenge. Cukor wanted Cary Grant for the male lead and went so far as to read the entire script with him, but Grant, while agreeing it was the role of a lifetime, steadfastly refused to do it, and Cukor never forgave him. The director then suggested either Humphrey Bogart or Frank Sinatra tackle the part, but Jack Warner rejected both. Stewart Granger was the front runner for a period of time, but he backed out when he was unable to adjust to Cukor's habit of acting out scenes as a form of direction. James Mason ultimately was signed, and filming began on October 12, 1953. As the months passed, Cukor was forced to deal not only with constant script changes but a very unstable leading lady, who was plagued by chemical and alcohol dependencies, extreme weight fluctuations, and real and imagined illnesses. 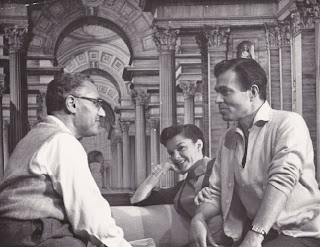 In March 1954, a rough cut still missing several musical numbers was assembled, and Cukor had mixed feelings about it. When the last scene finally was filmed in the early morning hours of July 28, 1954, Cukor already had departed the production and was unwinding in Europe. The first preview the following month ran 210 minutes and, despite ecstatic feedback from the audience, Cukor and editor Folmar Blangsted trimmed it to 182 minutes for its New York premiere in October. The reviews were the best of Cukor's career, but Warner executives, concerned the running time would limit the number of daily showings, made drastic cuts without Cukor, who had departed for India to scout locations for Bhowani Junction. At its final running time of 154 minutes, the film had lost musical numbers and crucial dramatic scenes, and Cukor called it "very painful." He was not included in the film's six Oscar nominations, all of which were lost.

Over the next ten years, Cukor directed a handful of films with varying success. Les Girls (1957) won the Golden Globe Award for Best Motion Picture – Musical or Comedy, and Wild Is the Wind (1957) earned Oscar nominations for Anna Magnani and Anthony Quinn, but neither Heller in Pink Tights nor Let's Make Love (both 1960) were box office hits. 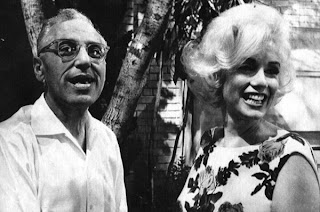 His most notable project during this period was the ill-fated Something's Got to Give, an updated remake of the 1940 screwball comedy My Favorite Wife. Cukor liked leading lady Marilyn Monroe but found it difficult to deal with her erratic work habits, frequent absences from the set, and the constant presence of her acting coach, Paula Strasberg. After thirty-two days of shooting, the director had only 7½ minutes of usable film.Then Monroe travelled to New York to appear at a birthday celebration for John F. Kennedy at Madison Square Garden, where she famously serenaded the President. Studio documents released after Monroe's death confirmed that her appearance at the political fundraising event was approved by Fox executives. The production came to a halt when Cukor had filmed every scene not involving Monroe and the actress remained unavailable. 20th Century Fox executive Peter Levathes fired her and hired Lee Remick to replace her, prompting co-star Dean Martin to quit, since his contract guaranteed he would be playing opposite Monroe. With the production already $2 million over budget and everyone back at the starting gate, the studio pulled the plug on the project. Less than two months later, Monroe was found dead in her home. 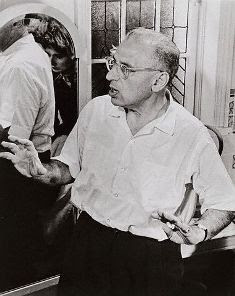 Two years later, Cukor achieved one of his greatest successes with My Fair Lady. Throughout filming there were mounting tensions between the director and designer Cecil Beaton, but Cukor was thrilled with leading lady Audrey Hepburn, although the crew was less enchanted with her diva-like demands. Although several reviews were critical of the film – Pauline Kael said it "staggers along" and Stanley Kauffmann thought Cukor's direction was like "a rich gravy poured over everything, not remotely as delicately rich as in the Asquith-Howard 1937 Pygmalion" — the film was a box office hit which won him the Academy Award for Best Director, the Golden Globe Award for Best Director, and the Directors Guild of America Award after having been nominated for each several times.

Following My Fair Lady, Cukor became less active. He directed Maggie Smith in Travels with My Aunt in 1972 and helmed the critical and commercial flop The Blue Bird, the first joint Soviet-American production, in 1976. He reunited twice with Katharine Hepburn for the television movies Love Among the Ruins (1975) and The Corn Is Green (1979). He directed his final film, Rich and Famous (1981) with Jacqueline Bisset and Candice Bergen, at the age of eighty-two. 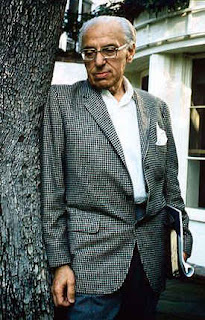 By the 1980s, the Hollywood industry that George Cukor grew up with and thrived with was long since gone. Not only had the industry changed but movies themselves had changed. True acting as an art form was pretty much replaced by special effects, violence, and sex. Cukor died relatively forgotten at the age of 83 of a heart attack on January 24, 1983 He was interred in an unmarked grave at the Forest Lawn Memorial Park Cemetery in Glendale, California. The later years of Cukor might not have been his most prolific, but the movies he did as a whole through his prolifiic career is an amazing assortment of celluloid gold...
Posted by David Lobosco at 4:53 AM