MY FIVE FAVORITE FILMS OF THE LAST TWENTY YEARS 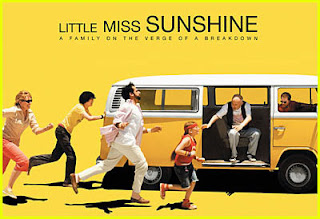 5. LITTLE MISS SUNSHINE (2006)
This little independent movie is the most recent movie on my list, but it is definitely a future classic. The film is about this dysfunctional family lead by a delusional father played by Greg Kinnear. The funny thing about the movie is is that by the end the family realizes by the end of the movie that they are not that dysfunctional at all. Alan Arkin deservedly won a Best Supporting Actor award for his scene stealing role as Kinnear’s aging father. Steve Carell is excellent as well, in a more reserved role, as Kinnear’s suicidal brother in law. A great little movie that proves that a good movie can be made in this modern digital era.


4. GLENGARY GLEN ROSS (1992)
This movie barely made the cut since it turns twenty years old this year. The movie has a small cast of about six male actors – but what a cast: Kevin Spacey, Jack Lemmon, Al Pacino, Alec Baldwin, Alan Arkin, and Ed Harris. The whole cast should have been nominated for an Oscar – but only Pacino was and he lost. The film is a truly realistic look and real estate brokers and how cut throat they were. In my opinion this is one of Jack Lemmon’s best roles, and his role as Shelley Levene, a truly poor soul, is one of my favorite roles. The movie did not do much business at the box office, but it is a cult favorite now. 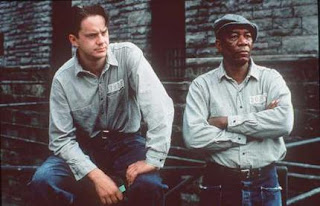 3. THE SHAWSHANK REDEMPTION (1994)
Adapted from the Stephen King novella “Rita Hayworth and Shawshank Redemption”, the movie starred Morgan Freeman and Tim Robbins. The film tells the story of Andy Dufresne, a banker who spends nearly two decades in Shawshank State Prison for the murder of his wife and her lover despite his claims of innocence. During his time at the prison, he befriends a fellow inmate, Ellis Boyd "Red" Redding, and finds himself protected by the guards after the warden begins using him in his money laundering operation. Despite a lukewarm box office reception that barely recouped its budget, the film received favorable reviews from critics, multiple award nominations, and has since enjoyed a remarkable life on DVD and cable.


2. THE GREEN MILE (1999)
This is another adaptation of a Stephen King novel, and like The Shawshank Redemption it proves that King can write more than horror novels. The film starred Tom Hanks and the late Michael Clark Duncan, and it was about prisoners and prison guards in a 1930s jail for death row inmates. Duncan is an inmate accused of murdering two children but in actuality he had a special gift where he could he people. When he was caught with the dying children in his arms, he was in fact trying to save them. Unfortunately, in the 1930s a backwards and uneducated black man did not have much luck for a fair and balanced trial, and he was placed on death row. Tom Hanks played one of the kind guards that realizes that the backwards prisoners had a gift. It is a great movie, and one of the few movies that was as good as the book...if not better. 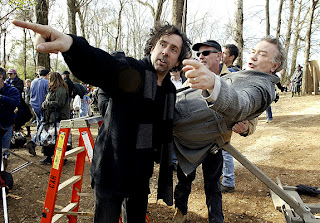 1.  BIG FISH (2003)
Tim Burton is one of my favorite directors, and not because he makes great films. He really makes fun films, even though in recent years he has become the remake king. This movie was a really big departure for the quirky director. The movie is about a son (Billy Crudup) who all his life has felt distant from his father (Albert Finney). He only remembered the tall tales his father used to tell. In the end while his father is dying the son realizes all of those tall tales had truth behind them. In addition to Crudup and Finney, the cast included Ewan McGregor, Jessica Lange, Danny Devito, and Helen Bonham Carter. On a personal note, the movie came out at a time when a lot of my favorite people in my family were passing away, and for awhile I could not watch the movie. The film is not only a great fable, but it is a fun movie to watch, and I think by far it is the best movie of the last twenty years...

Posted by David Lobosco at 4:02 AM