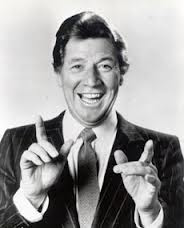 Max Bygraves, one of England's most enduring entertainers has died at the age of 89. The entertainer, who had been suffering from Alzheimer's disease, died in his sleep at his home in Australia. His showbusiness career began in variety during the Second World War and - with his catchphrase "I wanna tell you a story" - soon found widespread success. He was, perhaps, best known for his Singalongamax series of LPs, a cavalcade of yesterday's hits which Bygraves chose with his mother's music tastes in mind. His website claims that at one stage he had three albums in the Top 20. His easy, drawling style was well-suited to the variety hall standards, but the song most closely associated with Bygraves was the self-penned You Need Hands. Bygraves made his first of many Royal Variety Show appearances in 1950 and also appeared at the London Palladium, then the world's premier variety theatre, 14 times in 10 years alongside stars such as Judy Garland. He became a fixture on British television in the 1970s and that decade's comic giants, Morecambe and Wise, regularly derided his musical achievements along with those of fellow crooner Des O'Connor.  Bygraves was awarded an OBE in 1982 and the following year he took over from Bob Monkhouse as presenter of the popular television quiz show Family Fortunes, to mixed reviews.
Bygraves married Blossom Murray in 1942 and the couple had three children, Christine, Maxine and Anthony. It later emerged that Bygraves had fathered two illegitimate sons, to the surprise of the entertainment world and many of his fans. Last year a 57 year-old woman living in the United States claimed she was Bygraves' third illegitimate child. Bygraves was widowed in May last year.

Johnny Mans, his agent, said: "We have lost one of the best entertainers that Britain has ever produced. "He was a friend to everyone... there were no airs and graces."
Jimmy Tarbuck, the comic, who was a close friend of Bygraves, said: "He had the audience in the palm of his hand quicker than any other comedian I have seen.
"He would stroll on and just wow them. He was one of the all-time greats of British entertainment - a king of the Palladium. "He would have them roaring with laughter, singing along and with a tear in their eye."  Bygraves last performed in public in 2006. 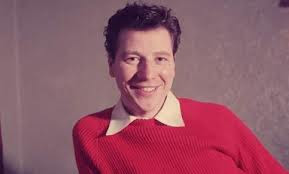 Anthony Bygraves, 65, who lives in Bournemouth, Dorset, said: "Sadly, Dad died last night as a result of the Alzheimer's. "He was six weeks off celebrating his 90th birthday which would have fallen on October 16." Anthony, who recently visited Max on the Gold Coast in Australia, had organised a campaign for the public to send him their stories on their affectionate memories of his career. The appeal came after more than 2,000 people sent well-wishing postcards and messages of support to Bygraves in March when it was revealed he was suffering from the early stages of Alzheimer's.

"I had wanted to compile it with the help of the public. Dad still had a loyal fan base all around the world," said Anthony. "I had wanted people to contribute a written memory of Max to appear in 'I Wanna tell you a Story'.

"Their own personal recollection of my father, a meeting, of a show, a time, a place - anything that was interesting or unusual."

Bygraves emigrated from his home in Bournemouth to Australia in 2005. He once joked: "I'll tell you why I like going to Australia: you don't have to have those horrible injections. Mind you, it's hell going through that sheep dip." 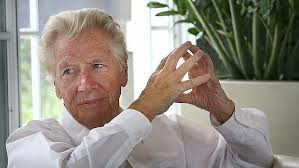 SOURCE
Posted by David Lobosco at 7:59 AM