BORN ON THIS DAY: BETSY DRAKE 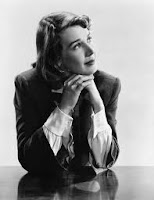 Drake, the eldest child of two American expatriates, was born in Paris, France. Although her grandfather, Tracy Drake, had built the Drake Hotel in Chicago Illinois, the Drakes lost their money in the 1929 stock-market crash when Drake was five years old. As a result, she was forced to return to the U.S. on the ship the SS Île de France with her parents, brothers and a nanny. She grew up in Chicago; Westport, Connecticut; Washington, D.C.; Virginia, North Carolina; and New York City, New York. She went to twelve different schools, both private and public, before concentrating on theatre and acting at a junior college in Rock Creek Park, Maryland, near Washington, D.C.

She began looking for work as an actress in New York City, supporting herself by working as a Conover model. She met the playwright Horton Foote, who offered her a job as an understudy in his play Only the Heart, which enabled her to join the Actors' Equity Association and thus become a professional actress.

After coming to the attention of the producer Hal Wallis, Drake was pressured by her agent to sign a Hollywood contract. She hated Hollywood and managed to get herself released from the contract by declaring herself insane. She returned to New York City and, in 1947, read for the director Elia Kazan for the lead role in the London company of the play Deep are the Roots. 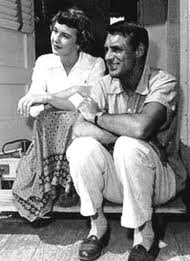 Cary Grant first spotted her in 1947 while she was performing in London. The two, who happened to be returning to the U.S. on the ship the RMS Queen Mary, struck up an instant rapport. At the insistence of Grant, Drake was subsequently signed to a film contract by RKO Pictures and David Selznick, where she appeared, opposite Grant, in her first film, the romantic comedy Every Girl Should Be Married (1948). On Christmas Day 1949 Drake and Grant married in a private ceremony organized by Grant's best man, Howard Hughes, and deliberately chose a low-key, introspective private life. The couple co-starred in the radio series Mr. and Mrs. Blanding (1951). They appeared together in the comedy-drama film Room for One More (1952), and Drake appeared in a number of leading roles in England and the U.S., and a supporting role in the satiric comedy film Will Success Spoil Rock Hunter? (1957). Drake and Grant divorced in 1962.

Drake subsequently gave up acting in order to focus on her other interests, such as writing. Using the name Betsy Drake Grant, her novel Children You Are Very Little (1971) was published by Atheneum Books. She also worked as a practicing psychotherapist in various psychiatric hospitals in Los Angeles, California, and earned a Master of Education degree from Harvard University. Drake's most recent screen appearance was in the documentary film Cary Grant: A Class Apart (2005), in which she reflected on Grant and their time together... 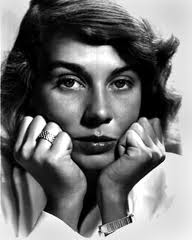