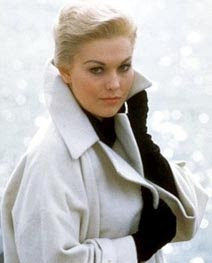 For a time in the 1950's and 1960’s she was a major Hollywood movie star and famous around the world. She appeared on screen with the some of the biggest names in movies, starring in such films as Hitchcock’s classic “Vertigo,” “Pal Joey” and “Picnic.”

One day at the zenith of her career she turned her back on Hollywood and left show business. Now former actress and movie star Kim Novak reveals she was mentally ill at that time.

Novak told an audience at the TCM (Turner Classic Movies) Classic Film Festival Friday that during those days she was suffering from a bipolar disorder and sometimes now regrets her decision to leave Hollywood in the late 1960s at the height of her fame, according to a new report in the Los Angeles Times.

The report says Novak was teary-eyed at times and emotional when she told Turner Classic Movies host Robert Osborne before an audience of about 300 people at the Avalon in Hollywood that she was actually suffering from mental illness when she made those movies saying, "I'm bipolar ... but there's medicine you can take for this now," Novak said. "I was not diagnosed until much later. I go through more of the depression than the mania part."

Novak is now 79 years old. She was in Los Angeles to have her handprints and footprints enshrined in the forecourt at the famous Grauman's Chinese Theatre on Saturday.

The former actress, who lives in Oregon with her husband, an equine veterinarian, and their five horses said her father suffered from depression and she had a difficult childhood in Chicago which oddly prepared her, in a way, for Hollywood. 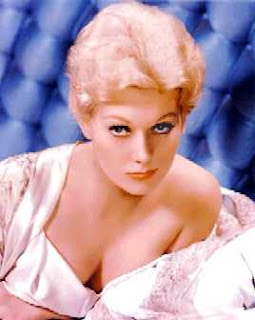 Perhaps due to her illness Novak was branded as “difficult” by studio executives who tried to micro manage her image up to and including stopping a friendship with a major black star at the time, Sammy Davis Junior.

Finding the emotional pressures of Hollywood too much to handle she moved to Big Sur to paint, according to the report.

She has acted a bit since then but her career never regained its early success...

SOURCE
Posted by David Lobosco at 4:43 AM