BORN ON THIS DAY: HOWARD KEEL 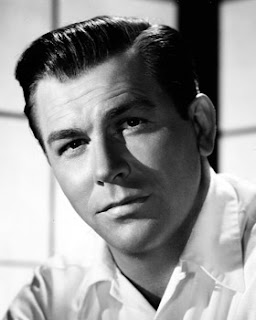 I am not a huge fan of the movie musical opera singers of the 1950s like Marlo Lanza or Kathryn Grayson. I recognized their talents and abilities, but for the most part, their singing was not for me. However, I have always enjoyed talented singer and actor Howard Keel. He was born on this day, April 13th in 1919. Keel was born Harold Clifford Keel in Gillespie, Illinois, to Navyman-turned-coalminer Homer Keel and his wife, Grace Osterkamp Keel. (It is often erroneously stated—by the MGM publicity department of the 1950s—that Keel's birth name was Harold Leek).

Young Harold spent his childhood in poverty. One of his teachers, Miss Rosa Burke, noticed one day that he was not eating his lunch. From that day forward, Miss Burke would pack two lunches - one for herself and one for Harold. When he became famous and would perform near Gillespie, Burke always received tickets to attend his performances.After his father's death in 1930, Keel and his mother moved to California, where he graduated from Fallbrook High School at the age of 17. He worked various odd jobs until finally settling at Douglas Aircraft Company as a traveling representative.

At the age of 20, Keel was overheard singing by his landlady, Mom Rider, and was encouraged to take vocal lessons. One of Keel's musical heroes was the great baritone Lawrence Tibbett. Howard would later remark that learning that his own voice was a basso cantante was one of the greatest disappointments of his life. Nevertheless, his first public performance occurred in the summer of 1941, when he played the role of Samuel the Prophet in Handel's oratorio Saul (singing a duet with bass-baritone George London). 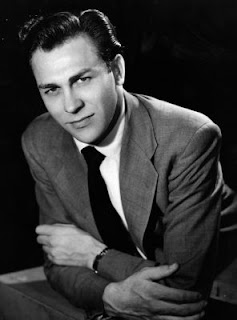 In 1943, Keel met and married his first wife, actress Rosemary Cooper. In 1945, Keel briefly understudied for John Raitt in the Broadway hit Carousel before being assigned to Oklahoma!, written by Richard Rodgers and Oscar Hammerstein II. When performing this play during this period, Keel accomplished a feat that has never been duplicated; he performed the leads in both shows on the same day.

In 1947, Oklahoma! became the first American postwar musical to travel to London, England, and Harold joined the production. On the opening night, April 30, at the Drury Lane Theatre, the capacity audience (which included the future Queen Elizabeth II) demanded fourteen encores. Keel was hailed as the next great star, becoming the toast of London's West End. During the London run, his marriage to Rosemary ended in divorce and Keel fell in love with a young member of the show's chorus, dancer Helen Anderson. They married in January 1949 and, a year later, Harold - now called Howard - celebrated the birth of his daughter, Kaija. 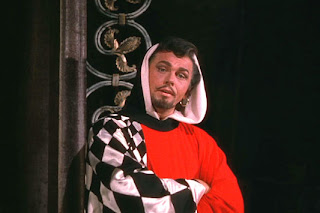 Posted by David Lobosco at 5:07 AM