WHERE ARE THEY NOW: MEG RYAN 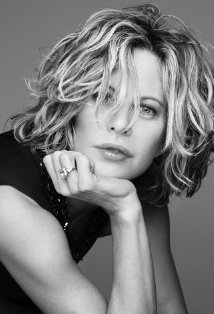 Although not a classic star persay, Meg Ryan was at one time this generation's Jean Arthur. For awhile, Ryan was the highest paid female actress in Hollywood. It was about ten years ago that Meg Ryan was commanding about $15 million per picture. Then she kind of disappeared. Now, she attempted to make a comeback and took a few bit parts in low budget failures like in the 2007 movie Land of Women, or 2008's straight-to-video My Mom's New Boyfriend?

So, what happened? How does one of the biggest box-office stars of the 90's drop off the radar like this? Was it age discrimination? Was it a poor choice of roles? Was it the death of the kind of huge romantic comedies she starred in? Meg Ryan movies grossed over $1 billion from 1993 to 1998.

Ryan did take a three year hiatus after the big time bomb in 2004 of Against the Ropes, but she came back in some bigger failures like being a part of an ensemble cast for the movie, The Women in 2008 where she joined Annette Bening, Eva Mendes, Jada Pinkett Smith, Debra Messing, Bette Midler, and Candice Bergen in a remake of the 1939 classic.

In 2009, Ryan starred alongside Kristen Bell and Justin Long in the independent comedy film Serious Moonlight. In this film, directed by actress Cheryl Hines and based on a screenplay by late writer Adrienne Shelly, who was murdered a year prior to filming, Ryan portrayed a high-powered female attorney who learns that her husband, played by Timothy Hutton, is about to leave their troubled marriage, and decides to hold him captive by duct-taping him to a toilet. Picked up by Magnolia Pictures, the production received a limited release throughout North America only, and grossed less than $150,000 worldwide. In October 2010, she was cast in the ensemble drama Lives of The Saints alongside Kat Dennings, Kevin Zegers and John Lithgow. The drama, similar in style to Crash, interweaves the lives of a group of Los Angeles residents who are all struggling with past mistakes. In April 2011, it was announced that Meg Ryan would make her feature film directing debut with a film titled Into the Beautiful. In May 2011 she was cast in Long Time Gone, a film adaptation of the April Stevens novel Angel Angel. However, she dropped out of the cast before filming started. She was replaced by Virginia Madsen. 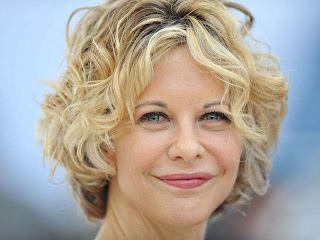 What caused this disappearance of Meg Ryan from the movies? Well it could be many things. She had an affair with Russell Crowe while still married to Dennis Quaid - but audiences usually have short term memories with those indiscretions. She has made a poor choice of movie roles, even appearing naked in the R-rated bomb In The Cut in 2003. Also, Hollywood is notoriuous for being unkind to aging actresses. Meg Ryan is now 52, and unless you are Meryl Streep I think good roles for older women are hard to come by.

Nevertheless, Ryan has not had a hit movie since 1998's You've Got Mail, and I think she would be wise to try to return to her roots in romantic comedies. At this time no new Meg Ryan movies are in production, but for many film lovers, she was America's sweetheart in countless movies of the 1990s. Where has the time gone... 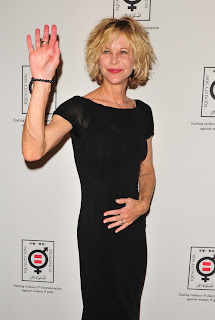