HISTORY OF A SONG: HAVE YOURSELF A MERRY LITTLE CHRISTMAS 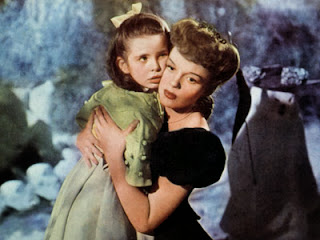 I have a lot of favorite Christmas carols - two of them being "White Christmas" and "A Marshmellow World". However, one Christmas song that never fails to make me cry is "Have Yourself A Merry Little Christmas". When I hear the song I think of all of my family members that are gone that made the holidays what they were when I was a little child. Just writing this article about the famous 1940s song is bringing a tear to my eye. "Have Yourself a Merry Little Christmas" is a song introduced by Judy Garland in the 1944 MGM musical Meet Me in St. Louis.

Frank Sinatra later recorded a version with modified lyrics, which has become more common than the original. The song was written by Hugh Martin and Ralph Blane. In 2007, ASCAP ranked "Have Yourself a Merry Little Christmas" the third most performed Christmas song during the preceding five years that had been written by ASCAP members. The song was written while Martin was vacationing in a house in the neighborhood of Southside in Birmingham, Alabama, that his father Hugh Martin designed for his mother as a honeymoon cottage. Located at 1919 South 15th Avenue, (just down the street from his birthplace at 1900 South 14th Avenue) the house became the home of Martin and his family in 1923.

The song first appeared in a scene in Meet Me in St. Louis, in which a family is distraught by the father's plans to move to New York City for a job promotion, leaving behind their beloved home in St. Louis, Missouri, just before the long-anticipated 1904 World's Fair begins. In a scene set on Christmas Eve, Judy Garland's character, Esther, sings the song to cheer up her despondent five-year-old sister, Tootie, played by Margaret O'Brien.

In 1957, Frank Sinatra asked Martin to revise the line "Until then we'll have to muddle through somehow." He told Martin, "The name of my album is A Jolly Christmas. Do you think you could jolly up that line for me?" Martin's new line was "Hang a shining star upon the highest bough." Martin made several other alterations, changing the song's focus to a celebration of present happiness, rather than anticipation of a better future. On The Judy Garland Show Christmas Special, Judy sings the song to her children Joey and Lorna Luft with Sinatra's alternate lyrics. The lyrics Judy Garland sang in Meet Me in St. Louis have been recorded with only slight variations by a number of artists, including Sinatra himself (in 1950 and 1963 single recordings), Doris Day (in The Doris Day Christmas Album), Ella Fitzgerald (in Ella Wishes You a Swinging Christmas), James Taylor (in October Road) and Luther Vandross (in This Is Christmas). [In 2001 the 86-year-old composer Hugh Martin, occasionally active as a pianist with religious ministries since the 1980s, wrote an entirely new set of lyrics to the song with John Fricke, "Have Yourself a Blessed Little Christmas"... 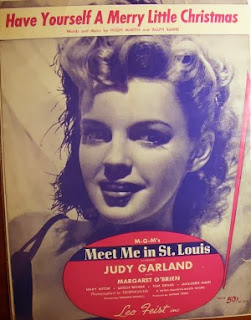