THE WIZARD OF OZ: MY FIRST CLASSIC MOVIE 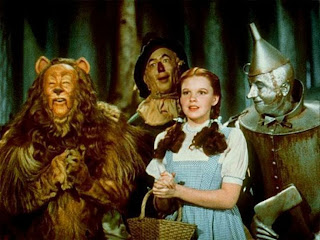 So the 1939 legendary film The Wizard Of Oz has been written about endlessly. The film has been dissected and reviewed numerous times. However, if I am talking about a film that started my film passion then The Wizard Of Oz would be it. It is not my favourite movie, and at times I don't think it was that great, but I must have watched the movie once a year from the first time I can remember (around age 2 to now). I have watched the film annually for about 35 years, and now that I have children I have watched it even more times. When I was growing up, it seems like CBS always aired the movie around Easter, which is kind of odd because it is not an Easter movie. I remember watching The Wizard Of Oz at Easter and The Sound Of Music at Christmas!

Anyways, The Wizard Of Oz oddly was not a hit when audiences first saw the film in 1939. Although the film received largely positive reviews, it was not a box office success on its initial release, earning only $3,017,000 on a $2,000,000 budget. The film was MGM's most expensive production up to that time, but its initial release failed to recoup the studio's investment. Subsequent re-releases made up for that, however. It was nominated for six Academy Awards, including Best Picture. It lost that award to Gone with the Wind, but won two others, including Best Original Song for "Over the Rainbow". 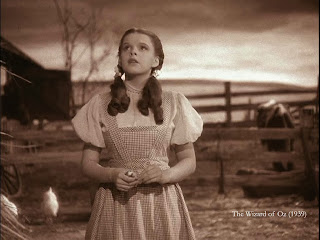 Everyone knows the back stories about the film - how Shirley Temple was almost Dorothy, WC Fields was almost The Wizard, and Buddy Ebsen was supposed to be the Tin Man. Gale Sonderaard was also originally cast as The Witch, but she was too glamorous for a role that Margaret Hamilton was perfect in.

One of the most interesting stories from the film was the story about Frank Morgan's wardrobe. According to studio insiders, when the wardrobe department was looking for a coat for Frank Morgan, they decided that they wanted a once elegant coat that had "gone to seed." They went to a second-hand shop and purchased a whole rack of coats, from which Morgan, the head of the wardrobe department and director Fleming chose one they thought had the perfect appearance of shabby gentility. One day, while he was on set wearing the coat, Morgan turned out one of the pockets and discovered a label indicating that the coat had once belonged to Oz author L. Frank Baum. Mary Mayer, a unit publicist for the film, contacted the tailor and Baum's widow, who both verified that the coat had indeed once belonged to the writer. After filming was completed, the coat was presented to Mrs. Baum. 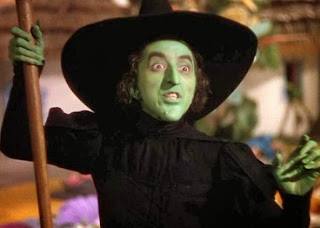 The Wizard Of Oz to me was an escape. My childhood was not the happiest one. I had two parents that were constantly at odds with each other, so they had little time for me. This movie, as a young boy, showed me that even though things were dark and gloomy in Kansas, there was a whole other life in beautiful technicolor. If I was Dorothy I would have wanted to stay in Oz, but the movie did show me that although I did not have the happiest times at home, that there were people like my grandparents and extended family that loved me. It also did seem like every year this film was shown on television that for the two hours at least, that there was no yelling and screaming, and we sat together watching this film fantasy on the screen.

Decades now since I first saw the film, I now have a family with little children, I not only make it a point to introduce them to classic films like The Wizard Of Oz, but I want them to realize that in their lives, there is no place like home... 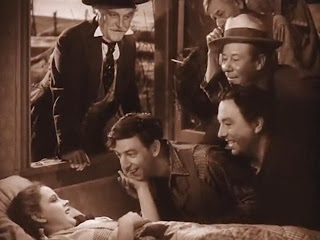 Posted by David Lobosco at 5:54 AM