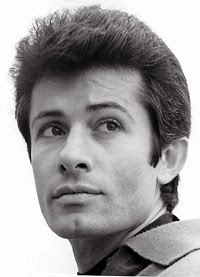 Before he electrified audiences in his Oscar-winning turn in 1961's "West Side Story," George Chakiris paid his dues in the chorus of movie musicals.

In fact, he was still a teenager when he appeared with Marilyn Monroe in the sex symbol's signature "Diamonds Are a Girl's Best Friend" number in 1953's "Gentlemen Prefer Blondes." And he was one of four dancers appearing with Rosemary Clooney in the "Love, You Didn't Do Right by Me" routine in 1954's "White Christmas."

"Nobody knew who I was," said the 79-year-old Chakiris, who trained at the American School of Dance in Hollywood. "But I got fan mail from that movie. Paramount screen-tested me and I had a seven-year contract."

It was groundbreaking choreographer-director Jerome Robbins who gave Chakiris his first big break when he cast him as Riff, the leader of the Jets, in the London stage production of "West Side Story."

Years later, Robert Wise, who co-directed the multi-Oscar-winning film version with Robbins, told Chakiris it was Robbins who chose him to play Bernardo, the fiery charismatic leader of the rival Sharks gang, in the Stephen Sondheim-Leonard Bernstein musical.

"I owe Jerry my life," said the sweetly shy Chakiris, during a recent interview at a friend's home in Pacific Palisades.

Chakiris was only 27 when he won the Academy Award for supporting actor — beating out such heavyweights as Montgomery Clift and George C. Scott. Chakiris beautifully combined the dramatic gravitas of a Marlon Brando with his breathtaking, powerful and athletic dancing artistry, especially in the famed opening sequence on the streets of New York and the pulsating "America" number with Rita Moreno, who also won the Oscar as Bernardo's girlfriend, Anita.

"That performance, I believe comes out of a close protégé relationship with Jerome Robbins that has not really been recognized," said dance critic Debra Levine. "In George Chakiris, Jerry Robbins as a choreographer got the best manifestation of his choreography that any dance maker can hope for. George is just stunning in the movie. Frame-by-frame, he's so magnificent as a dancer."

Levine will be chatting with the performer at the UCLA Film & Television Archive's "An Evening With George Chakiris" on Saturday night at the Billy Wilder Theater. The program also includes a rare screening of Jacques Demy's 1967 French musical "The Young Girls of Rochefort," which stars Chakiris as one of two young carnies who arrive in the small town of Rochefort to put on a show.

Chakiris, who now is a jewelry designer, is thrilled the archive is also including clips of him singing on such musical-variety programs as "The Garry Moore Show" and "The Andy Williams Show" some 50 years ago.

"A lot of people know that I danced, but I also sang," said Chakiris, who joined the boys' choir at St. Luke's Episcopal Church in Long Beach at the age of 12. "I had a recording contract with Capitol Records. I loved recording and being in that studio. I made four albums." 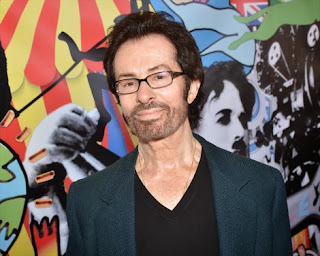 Posted by David Lobosco at 6:16 AM