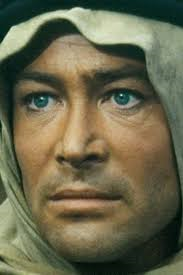 Peter O’Toole, an Irish bookmaker’s son with a hell-raising streak whose magnetic performance in the 1962 epic film “Lawrence of Arabia” earned him overnight fame and put him on the road to becoming one of his generation’s most accomplished and charismatic actors, died on Saturday in London. He was 81.

A blond, blue-eyed six-footer, Mr. O’Toole had the dashing good looks and high spirits befitting a leading man, and he did not disappoint in “Lawrence,” David Lean’s wide-screen, almost-four-hour homage to T.E. Lawrence, the daring British soldier and adventurer who led an Arab rebellion against the Turks in the Middle East during World War I.
The performance brought Mr. O’Toole the first of eight Academy Award nominations, a flood of film offers and a string of artistic successes in the 1960s and early ‘70s. In the theater — he was a classically trained actor — he played an anguished, angular tramp in Beckett’s “Waiting for Godot” and a memorably battered title character in Chekhov’s “Uncle Vanya.”
In film, he twice played a robust King Henry II, first opposite Richard Burton in “Becket,” then with Katharine Hepburn as his queen in “The Lion in Winter.” Both earned Oscar nominations for Best Actor, as did his repressed, decaying schoolmaster in “Goodbye, Mr. Chips” and the crazed 14th Earl of Gurney in “The Ruling Class.”

Less successful was his Don Quixote in “Man of La Mancha,” Arthur Hiller’s 1972 adaptation of the Broadway musical, but it emphasized that his specialty was increasingly becoming the outsider or misfit: dreamy, romantic, turbulent, damaged, or even mad, but usually larger than life.
Mr. O’Toole threw himself wholeheartedly into what he called “bravura acting,” courting and sometimes deserving the accusation that he became over-theatrical, mannered, even hammy. His lanky, loose-jointed build; his blue eyes; his long, lantern-jawed face; his oddly languorous sexual charm; and the eccentric loops and whoops of his voice tended to reinforce the impression of power and extravagance. 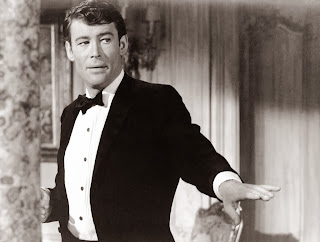 Mr. Burton called him “the most original actor to come out of Britain since the war,” with “something odd, mystical and deeply disturbing” in his work.
Some critics called him the next Laurence Olivier. As a young actor Mr. O’Toole displayed an authority that the critic Kenneth Tynan said “may presage greatness.” In 1958 the director Peter Hall called Mr. O’Toole’s Hamlet in a London production “electrifying” and “unendurably exciting” — a display of “animal magnetism and danger which proclaimed the real thing.”
He showed those strengths somewhat erratically, however; for all his accolades and his box-office success, there was a lingering note of unfulfilled promise in Mr. O’Toole. It was no surprise when Olivier chose Mr. O’Toole to inaugurate Britain’s National Theater Company in 1963 with a reprisal of his Hamlet. But the first night left most critics unmoved and unexcited and the actor himself lamenting “the most humbling, humiliating experience of my life.”
“As it went on,” he said, “I suddenly knew it wasn’t going to be any good.” A production in 1965 of David Mercer’s “Ride-a-Cock-Horse,” in which he played an adulterous alcoholic, was booed at its London opening.
Onscreen, mixed reviews followed his performances as the cowardly naval officer seeking redemption in “Lord Jim,” Richard Brooks’s 1965 adaptation of the Joseph Conrad novel; as a playboy in “What’s New, Pussycat?” a 1965 comedy with Peter Sellers and written by a young Woody Allen; and as the Three Angels in “The Bible: In the Beginning,” John Huston’s 1966 recreation of Genesis. And his sadistic Nazi general in Anatole Litvak’s “Night of the Generals” (1967) was panned.
His carousing became legend, particularly in the 1970s. As he himself said, he had long been “happy to grasp the hand of misfortune, dissipation, riotous living and violence,” counting Mr. Burton, Richard Harris, Robert Shaw, Francis Bacon, Trevor Howard, Laurence Harvey and Peter Finch among his drinking companions. He lost much of his “Lawrence” earnings in two nights with Omar Sharif at casinos in Beirut and Casablanca... 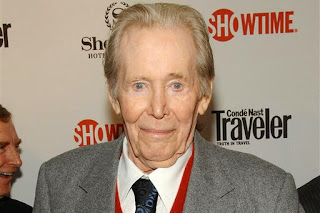