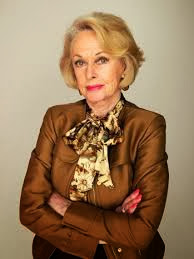 In her most famous role, in 1963's The Birds, Tippi Hedren was subject to attacks from violent birds (not to mention Alfred Hitchcock's ravenous appetite for blondes). Her later work was no less challenging. In 2006, she took a role in a TV show titled Fashion House, and one day in rehearsal, a gallon of water fell from the ceiling onto her head. It's speculated that the water had accumulated under the soundstage's plywood roof because a bird's nest was blocking a condensation tube in the air conditioning system. Hedren has long suffered from severe and persistent headaches.

In 2006, shortly before taking the role in Fashion House, she underwent spinal fusion surgery. The operation came as a tremendous relief. She testified it was a miracle, and once free of headaches, she was cleared to play the non-action role of a woman dying of cancer in the show.But after she was struck on the head by water while rehearsing a scene at Stu Segall Studios in San Diego, the headaches returned. She tried various remedies including chiropractic, acupuncture, physical therapy, medications, Botox injections and nerve block injections, but the headaches persisted.

In October 2006 she retained attorney Joseph Allen to file a personal injury lawsuit against the owner and lessee of the soundstage. The attorney appears to have made an error.

In March 2007, Allen filed a complaint, but shortly before the trial readiness conference, he dismissed the lawsuit without prejudice. But he did so without first obtaining an agreement by the defendants to toll the statute of limitations. As a result, when the lawsuit was refiled, the defendants successfully defeated it by arguing that it came too late.

In 2009, Hedren sued her former lawyer for malpractice for all the money she reasonably could have expected to have recovered in the prior lawsuit had things gone right. A jury returned a verdict totaling $1,483,708, which included $213,400 for past lost earnings and $440,308 for future lost earnings. After a judge refused Allen's motion for a new trial, an appeal was made on the basis that the judge should have instructed the jury on superseding causation. His theory was that the jury should have had opportunity to put primary blame on Hedren's employer, Kirkwood, for allegedly failing to do anything about the water dripping onto the soundstage and for directing Hedren to work as usual.

"We disagree," writes California Appellate Judge Terry O'Rourke. "Water dripping onto a floor from a ceiling or roof would not ordinarily cause a reasonable person who does not own or control the premises to expect that a large deluge of water falling from the ceiling is imminent or even likely to occur. …

Accordingly, Kirkwood's continuing to rehearse and film scenes on the soundstage despite the dripping water did not constitute conduct that was so highly extraordinary as to be unforeseeable." The appellate judge also rejects Allen's arguments that the trial judge erred by refusing to issue a comparative fault instruction to the jury about how Hedren's own negligence contributed to her harm. The attorney said that the actress had performed two "stage falls" even though her doctor had instructed her not to do action sequences, that she didn't see the doctor until 55 days after the accident and that she continued to campaign for her wildlife preservation charity at "a hectic pace" even after her doctor told her to slow down. But there's "insufficient evidence," agrees the appeals court. The appellate ruling also goes into the sufficiency of the evidence to support a jury verdict, and while we won't address everything, of interest might be the testimony about Hedren's lost future earnings.

Hedren's talent agent Carlyne Grager was put on the witness stand. According to the judge, she testified that her talent agency "specializes in obtaining work for 'legends' — i.e., senior citizen actors "who are names, who have been stars' — and that the market for such actors in Hollywood had grown substantially in the last few years and would continue for the next 10 years." Grager also spoke about roles Hedren was able to take (Jayne Mansfield's Car produced by Billy Bob Thornton) and roles she was offered and didn't take (a television series produced by and starring Betty White), and the salary range (between $2,500 to $25,000 a day) for actors of Hedren's caliber. Based upon that testimony, an economist calculated the actress's lost income —subtracting, of course, for the agent's take.

Allen complained that Grager has no expertise in medicine or disability, and that there was no basis for using television work in determining damages for a film actress, but an appeals court finds the admissibility of evidence within the trial court's discretion.The appeals court also weighs the totality of the record, including that "Hedren has suffered daily from severe headaches that limit her ability to take acting work," and concludes, "We cannot say the award of noneconomic damages is so disproportionate to the evidence that it shocks the conscience and suggests passion or prejudice on the part of the jury." 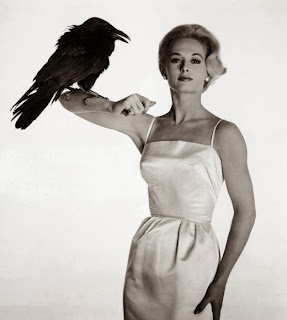