CAROL BURNETTT: SO GLAD WE HAD THIS TIME TOGETHER 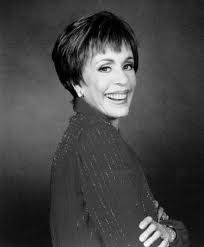 I was watching the ending of an episode of Law And Order SVU yesterday where Carol Burnett was playing a black widow aunt who got her nephew to do all her killings, and I was reminded what a great talent Carol Burnett is. There has been many funny women in entertainment like Zasu Pitts, Margaret Dumont, and Lucille Ball, but Carol Burnett is more than just a funny lady. She can sing the heck out of a song (I have two of her albums to prove that), she is a wonderful actress, and of course she can make us laugh. I grew up watching The Carol Burnett Show and almost every skit of the long running variety show was funny - although I never liked the Mama's Family skits. There are not many stars today who can be a triple threat like that, and Carol Burnett has been doing it now for nearly 55 years.

Burnett was born in San Antonio, Texas on April 26, 1933, the daughter of Ina Louise (née Creighton), a publicity writer for movie studios, and Joseph Thomas Burnett, a movie theater manager. Both of her parents suffered from alcoholism, and at a young age she was left with her grandmother, Mabel Eudora White. Her parents divorced in the late 1930s, and Burnett and her grandmother moved to an apartment near her mother’s in an impoverished area of Hollywood, Los Angeles, California. There, they stayed in a boarding house with her younger half-sister Chrissy.

After spending her first year in New York working as a hat check girl and failing to land acting jobs, Burnett along with other girls living at The Rehearsal Club, a boarding house for women seriously pursuing an acting career, put on The Rehearsal Club Revue on March 3, 1955. They mailed invitations to agents, who showed up along with stars like Celeste Holm and Marlene Dietrich, and this opened doors for several of the girls. Burnett was cast in a minor role on The Paul Winchell and Jerry Mahoney Show in 1955. She played the girlfriend of a ventriloquist’s dummy on the popular children’s program. This role led to her starring role opposite Buddy Hackett in the short-lived sitcom, Stanley, from 1956 to 1957. 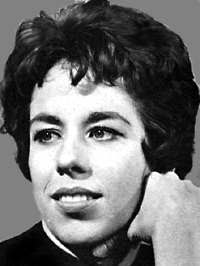 After Stanley, Burnett found herself unemployed for a short time. She eventually bounced back a few months later as a highly popular performer on the New York circuit of cabarets and night clubs, most notably for a hit parody number called "I Made a Fool of Myself Over John Foster Dulles" (Dulles was Secretary of State at the time). In 1957, Burnett performed this number on both The Tonight Show, hosted by Jack Paar, and The Ed Sullivan Show. Burnett also worked as a regular on one of television's earliest game shows, Pantomime Quiz, during this time. Burnett's mother died in 1957 just as she was achieving her first small successes.

Burnett's first true taste of success came with her appearance on Broadway in the 1959 musical Once Upon a Mattress. In the same year, she became a regular player on The Garry Moore Show, a job that lasted until 1962. She won an Emmy that year for her "Outstanding Performance in a Variety or Musical Program or Series" on the show. Burnett portrayed a number of characters, most memorably the put-upon cleaning woman who would later become her signature alter-ego. With her success on the Moore show, Burnett finally rose to headliner status and appeared in the 1962 special Julie and Carol at Carnegie Hall, co-starring her friend Julie Andrews. The show was produced by Bob Banner, directed by Joe Hamilton, and written by Mike Nichols and Ken Welch. Julie and Carol at Carnegie Hall won an Emmy Award for Outstanding Program Achievement in the Field of Music. Burnett also guest-starred on a number of shows during this time, including The Twilight Zone and a recurring role as a tough female Marine in Gomer Pyle, U.S.M.C.. Burnett became good friends with the latter show's star Jim Nabors, who would later be her first guest every season on her variety show. 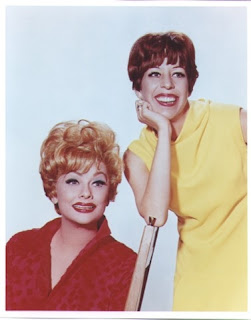 In 1963, Lucille Ball became a friend and mentor to Burnett, and after having the younger performer guest star on The Lucy Show a number of times, Ball reportedly offered Burnett her own sitcom called "Here's Agnes", to be produced by Desilu Productions. Burnett declined the offer, however, deciding instead to put together a variety show. The two remained close friends until Ball's death in 1989. Ball sent flowers every year on her birthday. When Burnett awoke on the day of her 56th birthday in 1989, she discovered via the morning news that Ball had died. Later that afternoon, the flowers Ball had arranged arrived at Burnett's house, with the note "Happy Birthday, Kid. Love, Lucy".

The hour-long Carol Burnett Show, which debuted in 1967, garnered 23 Emmy Awards and won or was nominated for multiple Emmy Awards every season it was on the air. Its ensemble cast included Tim Conway (who was a guest player until the 9th season), Harvey Korman, Lyle Waggoner, and the teenaged Vicki Lawrence (who was cast partly because she looked like a young Burnett). The network did not want her to do a variety show because they believed only men could be successful at variety but Burnett's contract required that they give her one season of whatever kind of show she wanted to make. She chose to carry on the tradition of past variety show successes. 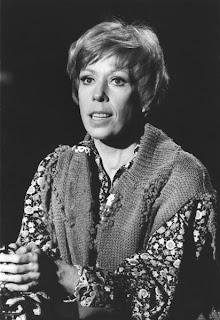 Burnett became known for her acting and talent, and for ending each show by tugging her ear, which was a message to her grandmother who had raised her. This was done to let her know that she was doing well and that she loved her. The Carol Burnett Show ceased production in 1978, and is generally regarded as the last successful major network prime-time variety show.

Burnett starred in a few films while her variety show was running, including Pete 'n' Tillie (1972). After the show ended, Burnett assumed a number of roles that departed from comedy. She appeared in several dramatic roles, most notably in the television movie Friendly Fire. She appeared as Beatrice O'Reilly in the film Life of The Party: The Story of Beatrice, a story about a woman fighting her alcoholism. Her other film work includes The Four Seasons, Annie, and Noises Off. She also returned to star in a different role as Queen Aggravain in the movie version of Once Upon a Mattress.

Burnett also made occasional returns to the stage: in 1974, she appeared at The Muny Theater in St. Louis, Missouri in I Do! I Do! with Rock Hudson and eleven years later, she took the supporting role of Carlotta Campion in the 1985 concert performance of Stephen Sondheim's Follies. 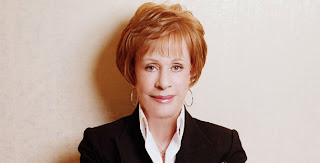 Burnett made frequent appearances as a panelist on the game show Password, an association she maintained until the early 1980s. She was also the first celebrity to appear on the children's series, Sesame Street, on that series' first episode on November 10, 1969.

In the 1980s and 1990s, she made several attempts at starting a new variety program. She also appeared briefly on The Carol Burnett Show's "The Family" sketches spinoff, Mama's Family, as her stormy character, Eunice Higgins. She played the matriarch in the cult comedy miniseries Fresno, which parodied the primetime soap opera Falcon Crest. She returned to TV in the mid-1990s as a supporting character on the sitcom Mad About You, playing Theresa Stemple, the mother of main character Jamie Buchman (Helen Hunt).

Burnett has long been a fan of the soap opera All My Children. She realized a dream when Agnes Nixon created the role of Verla Grubbs for her. Burnett suddenly found herself playing the long-lost daughter of Langley Wallingford (Louis Edmonds) and causing trouble for her stepmother Phoebe Tyler-Wallingford (Ruth Warrick). She hosted a 25th anniversary special about the show in 1995 and made a brief cameo appearance as Verla Grubbs on the January 5, 2005 episode which celebrated the show's 35th anniversary. It was announced in June that Burnett will reprise her role as Grubbs in September 2011 as part of the series' finale. 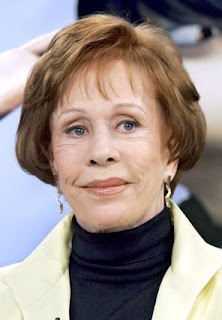 In 2008, she had her second role as an animated character, in Horton Hears a Who!. Her first was in The Trumpet of the Swan. In 2009, she made a guest appearance on the Law & Order: Special Victims Unit, for which she was nominated for the Emmy Award for Outstanding Guest Actress in a Drama Series. In November 2010, she guest starred on an episode of Glee as cheerleading coach Sue Sylvester's mother.

I often profess my love and admiration about these great entertainers, but with Carol Burnett, I have got to say she is a national treasure. Carol Burnett's life was truly a rags to riches story. Watching Fred Astaire and Ginger Rogers movies with her grandmother in the late 1930s, I am sure a young Carol could never imagine that she would have a life like she has had in Hollywood. Lucky for her and very lucky for us...
Posted by David Lobosco at 5:38 AM