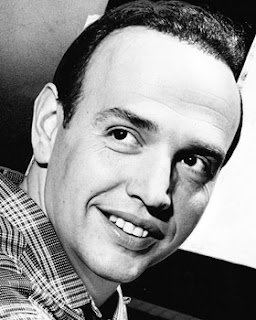 Roger Williams, the pianist whose lush versions of familiar tunes like “Autumn Leaves” and “Born Free” became hit recordings in the 1950s and ’60s and who continued to perform in concerts into his 80s, died on Saturday at his home in Los Angeles. He was 87. The cause was complications of pancreatic cancer, his former publicist Rob Wilcox told The Associated Press.

Seven singles by Mr. Williams made it onto the Billboard Top 40, perhaps the best known of which — and the one that brought him stardom — was “Autumn Leaves.” Over his long career he recorded more than 100 albums, among them “Roger Williams Plays Your All-Time Favorites” and “The Greatest Popular Pianist.”

Mr. Williams “virtually transformed the piano into a harp,” Joseph Lanza, a music historian, wrote in 1994 in his book “Elevator Music,” adding that he “cultivated a flair for making dramatic sweeps from classical to jazz to country to soft rock-and-roll.”

He performed on stages across the United States, from Carnegie Hall to the Hollywood Bowl, and headlined for many years at the MGM Grand and the Tropicana in Las Vegas. Nine presidents, including Harry S. Truman and George W. Bush, brought him to the White House to provide soothing sounds for dinner guests.

Certainly “Autumn Leaves” was among his most soothing, with its cascading arpeggios evoking falling leaves. Mr. Williams’s instrumental version of that 1940s song, originally known as “Les Feuilles Mortes” (“The Dead Leaves”), with music by Joseph Kosma and French lyrics by Jacques Prévert (Johnny Mercer wrote the English lyrics), was No. 1 on the Billboard singles chart for four weeks in 1955 and stayed in the Top 40 for 26 weeks. 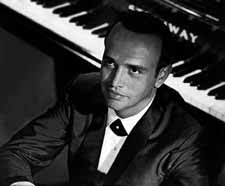 In 1960, Mr. Williams was honored with a star on the Hollywood Walk of Fame.

When he performed at Philharmonic Hall in New York in 1970, Robert Sherman of The New York Times wrote of his “sumptuous piano settings” and noted that he “held his large audience enthralled” by playing one old favorite after another. “The concert’s promise of ‘Easy Listening,’ ” Mr. Sherman concluded, “was faithfully kept.”

Though his musicality was apparent even when he was a toddler, he was not always Roger Williams.

He was born Louis Jacob Weertz in Omaha on Oct. 1, 1924, and grew up in Des Moines, the only child of Frederick and Dorothea Weertz. His father was a Lutheran minister who had once been a professional boxer; his mother was a music teacher. (It was only after the founder of Kapp Records, David Kapp, signed him to a contract in 1954 that he changed his name, at Mr. Kapp’s insistence.)

“I could play ‘Home Sweet Home’ on the harmonica when I was 3,” Mr. Williams told The Daily Mirror in 1955. By the time he was in high school he was proficient on 12 other instruments. “Everything but the oboe and bassoon,” he said, “but I finally settled for what I liked best — the piano.”

Mr. Williams graduated from Idaho State University in 1949, earned a master’s degree in music from Drake University in Des Moines a year later and then came to New York to study at the Juilliard School, where the renowned jazz pianist Teddy Wilson took him under his wing.

At Mr. Wilson’s urging, he competed on Arthur Godfrey’s “Talent Scouts” in 1952, and won. That led to many nightclub bookings and his first album for Kapp, which did not sell very well. Then came his hit single, “Autumn Leaves.”

What followed was a meandering path through many of the most nostalgia-inducing melodies of the last half of the 20th century, among them “A Time for Us,” “The Impossible Dream,” “On a Clear Day,” “Hello, Dolly!” “Raindrops Keep Fallin’ on My Head” and “Lara’s Theme” from “Dr. Zhivago.”

He is survived by two daughters, Laura Fisher, of Carmel, Calif., and Alice Jung, of New York; and five grandchildren.

Mr. Williams was unabashed about his inclination for sentimentality. 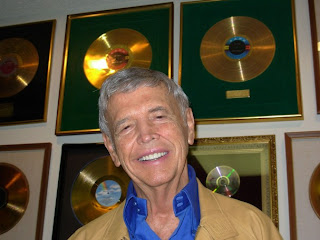 “If a song’s lyrics say, ‘I love you,’ then I mean just that when I play the notes,” he told The Christian Science Monitor in 1970. “The audience, live or at home, can sense if an artist really means what he plays. I purposely choose music which is warm and which I know I can get across. I know myself.”
Posted by David Lobosco at 6:55 PM