WHERE ARE THEY NOW: ELEANOR PARKER 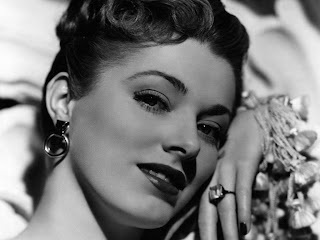 Growing up I can remember my grandfather saying that my grandmother looked like Eleanor Parker. Although I can not see the resemblance, both women were extremely beautiful. Parker was an actress that could change her look with every role or every movie she made. It is sad that she left Hollywood so soon, and she has not made hardly any appearances since. Now at the age of 89, Parker is a mysterious figure of Hollywood history - a beautiful woman who has lived her post-Hollywood life on her own terms.

Eleanor's first role was Nurse Ryan in Soldiers in White in 1942. By 1946, she had starred in Between Two Worlds, Hollywood Canteen, Pride of the Marines, Never Say Goodbye, and Of Human Bondage. She broke the champagne bottle on the nose of the California Zephyr train, to mark its inaugural journey from San Francisco, California on March 19, 1949.

In 1950, she received the first of three nominations for the Academy Award for Best Actress for Caged, in which she played a prison inmate. For this role, she won the 1950 Volpi Cup for Best Actress at the Venice Film Festival. She was also nominated for the Oscar in 1951 for her performance as Kirk Douglas's wife in Detective Story and again in 1955 for her portrayal of opera singer Marjorie Lawrence in the Oscar-winning biopic Interrupted Melody. She followed Detective Story by playing a fiery actress in love with Stewart Granger's swashbuckling nobleman in Scaramouche. Parker then performed with Charlton Heston as a 1900s mail-order bride in George Pal's The Naked Jungle. 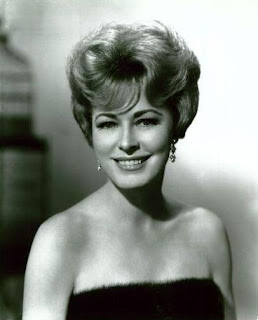 That same year, Parker appeared in Otto Preminger's film adaptation of the National Book Award-winner The Man With The Golden Arm, in which she plays Zosh, the supposedly invalid wife of a morphine addicted, would-be jazz drummer Frankie Machine (Frank Sinatra). In 1956, she was billed above the title alongside Clark Gable for the Raoul Walsh-directed western comedy The King and Four Queens. A year later, she starred in another W. Somerset Maugham novel, a remake of a The Painted Veil in the role originated by Greta Garbo, released as The Seventh Sin. She also appeared in Home from the Hill, A Hole in the Head and Return to Peyton Place. Possibly her most famous screen role is as Baroness Elsa Schraeder, the second female lead in the 1965 Oscar-winning smash hit The Sound Of Music.

She played an alcoholic widow in Warning Shot in 1966; a love-starved talent scout in the all-star but unsuccessful The Oscar; and a rich, alcoholic estranged wife in An American Dream. From then on, her big screen roles were fewer, and television would occupy more of her energies.

In 1963, Parker appeared in the NBC medical drama about psychiatry The Eleventh Hour in the episode "Why Am I Grown So Cold?" for which she was nominated for an Emmy Award as Outstanding Single Performance by an Actress in a Leading Role. In 1964, she appeared in the episode "A Land More Cruel" on the ABC drama about psychiatry, Breaking Point. In 1968, she portrayed a sultry spy in How to Steal the World -- a film originally shown as a two-part episode on NBC's The Man from U.N.C.L.E.. In 1969-70 she starred in the television series Bracken's World, for which she was nominated for a 1970 Golden Globe Award as Best TV Actress - Drama. She also appeared in several made-for-television movies, including "Ghost Story: Half a Death," (1973) where she plays a wealthy matron who must reconcile the lives of her two daughters in a suspense-thriller. 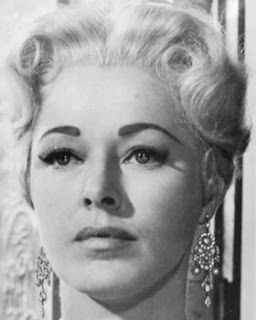 Parker has also starred in a number of theatrical productions, including the Lauren Bacall role in musical Applause. In 1976, she quit the Circle in the Square Theatre revival of Pal Joey during previews. She wrote the preface to the book "How Your Mind Can Keep You Well," a meditation technique developed by Roy Masters.

By the mid 1980s Eleanor was completely leaving Hollywood behind. She made an appearance on "Murder She Wrote" in 1986 and one final movie called "Dead on the Money" in 1991. Now twenty years later, Eleanor Parker lives in quiet retirement in Palm Springs. She has done a few radio interviews in 2009 and 2010, but she refuses to make public appearances. Eleanor left the Hollywood scene years ago to live the life she wanted. Doing that is more important than any Hollywood party or movie premiere...