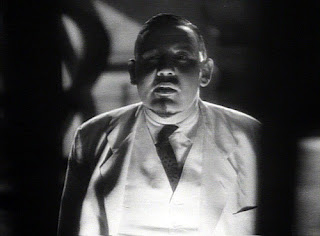 A pouty Charles Laughton cracks a whip at animal men outside the House of Pain. A gruesome Bela Lugosi asks, "Are we not men?" And a sultry "Panther Woman'' longs to mate with the man who came from the sea. These and other pre-Hollywood Production Code perversities fill the 1932 Paramount film Island of Lost Souls, which has been out of circulation for more than a decade, an unholy grail for cult and classic horror fans.

Today, just in time for Halloween, Criterion releases a fully restored version on DVD ($29.95) and Blu-Ray ($39.95), including digitally enhanced footage, more than two hours of extras, and bits of dialogue unheard since censors descended on the film as late as the 1950s.

"In the pantheon of horror films, Island of Lost Souls is the most audacious, ferocious and subversive shocker of the 1930s," says horror historian Gregory William Mank. "It's 'Golden Age Horror' at its most magnificently amok, the lurid tale of a mad doctor who, via vivisection, transforms a panther into a woman, and then hopes to mate her with a human male.

So influential was the film that audiences rarely forgot its dark Darwinian horrors. The 1970s rock group Devo even adopted its name and theme of "de-evolution" from the movie's attempt to create a race of beast-men.

"Island had a long-lasting impact on filmmakers, authors, musicians, anyone who saw it in their formative years," says Criterion producer Susan Arosteguy. "It still has so many modern sensibilities."

"It made the most huge impression,'' Devo's Gerald Casale says on the disc. "That's how we saw the world anyway. We were in the House of Pain."

Based on H.G. Wells' Island of Dr. Moreau (Wells hated the film, by the way), the movie "fully reflects the Darwinian anxieties that fueled the great Victorian horror novels as well as the horror film cycle (Frankenstein, Dracula) of the Great Depression,'' says film historian David J. Skal. "Both eras were obsessed with the idea of evolutionary degeneration, as well as fears of an underclass uprising in a politically unstable time. 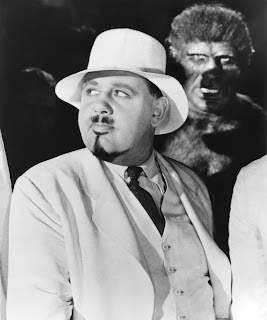 "Island of Lost Souls still delivers these anxieties with an especially raw wallop."

The cast is especially noteworthy: "Laughton's Moreau is one of the all-time iconic mad scientists,'' says Skal. "Mesmerizing. An amazing performance,'' agrees Mank.

Laughton, then 33, was married to Elsa Lanchester, who went on to play the shock-haired Bride of Frankenstein in 1935. Unknown Kathleen Burke was recruited after a nationwide contest to be the Panther Woman.

"Paramount Studios kept Burke on contract for a while, but she always bore the curse of the Panther Woman,'' says Mank. "In her next film, Murdersin the Zoo, Lionel Atwill fed her to alligators." 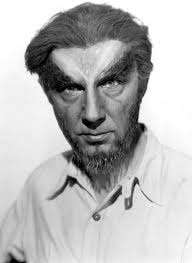 As for Lugosi, who just the year before had triumphed in Dracula, his role as Sayer of the Law accelerated a spiral into B-movie typecasting. "A desperate move at the time,'' says Mank, "but he gives a striking, savagely bestial portrayal. And today, his performance is part of Lugosi legend and lore.''

SOURCE
Posted by David Lobosco at 9:20 AM