TCM IN NOVEMBER: MY TOP PICKS

Hard to believe it is another month. It is another month to see what cinema classics Turner Classic Movies will be showing. This month my picks are heavy into musicals, but there are a lot of goodies on the television this month...

After a premature retirement, the legendary singer revives his career to entertain the troops during World War II. This sequel to the 1946 film is even more enjoyable than the first one, but again there is not much fact to this bio pic. (Cast: Larry Parks, Barbara Hale, William Demarest) 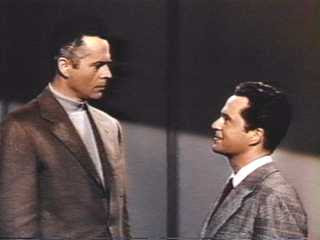 A crazed, aging star torments her sister in a decaying Hollywood mansion. This is one of my favorite movies of all time, and I never get tired seeing Bette Davis and Joan Crawford going at it! (Cast: Bette Davis, Joan Crawford, Victor Buono)

A famous football coach uses underhanded means to turn a bankrupt college's team into winners. John Wayne did not make many comedies, but this one is one of his best. He has a lot of chemistry with Donna Reed as well. (Cast: John Wayne, Donna Reed, Charles Coburn)

A Broadway producer decides to get rich by creating the biggest flop of his career. Mel Brooks can do no wrong in my eyes, and this film is a true classic. Only Brooks can get away with writing a song about Adolf Hitler! (Cast: Zero Mostel, Gene Wilder, Dick Shawn)

A singer's wife turns to the bottle when she fears she's lost her husband to success. Reportedly when this movie came out it causes quite a sensation because it is reportedly the story of Dixie Lee Crosby, Bing Crosby's first wife. (Cast: Susan Hayward, Lee Bowman, Marsha Hunt)

A call girl weds an easygoing politician and helps him against corrupt state officials. I wish Dean Martin would have done more dramas. This movie has been on my list to see again for years. (Cast: Susan Hayward, Dean Martin, Wilfrid Hyde-White) 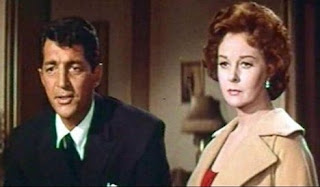 When a reporter exposes her past in burlesque, a musical theatre star sets out for revenge. Since AMC stopped showing classic movies, it is hard to see Betty Grable films on television, so this is a rare treat. (Cast: Betty Grable, Robert Young ,Adolphe Menjou)

The members of a song-and-dance duo promise the lead in their next show to two different women. This movie was the second version of the Cole Porter musical, and it would be the last movie Bing made for Paramount after twenty plus years with the studio. (Cast: Bing Crosby, Donald O'Connor, Mitzi Gaynor)

An assertiveness course gets a shy guy mixed up with racketeers at an amusement park. Eddie Cantor movies are hard to come by on television, and even though this is not his best effort, it is worth watching. (Cast: Eddie Cantor, Ethel Merman, Sally Eilers)

A young man risks everything to help his dying mother meet Greta Garbo. Any movie with Anne Bancroft is worth watching, and this is a great movie to just relax on the couch with. (Cast: Anne Bancroft, Ron Silver, Carrie Fisher) 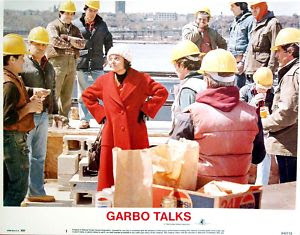 Posted by David Lobosco at 5:12 AM