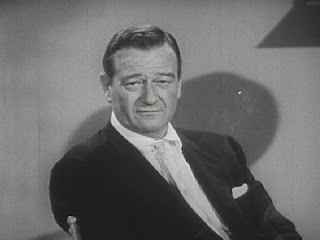 Rome (CNA/EWTN News) -- John Wayne, for many, was a Hollywood legend who symbolized true masculinity and American values. To Fr. Matthew Muñoz, he was simply “granddaddy.”

“When we were little we’d go to his house and we’d simply hang out with granddaddy and we’d play and we’d have fun: a very different image from what most people have of him,” Fr. Muñoz told CNA on a recent visit to Rome.

Fr. Muñoz was 14 years old when his grandfather died of cancer in 1979. In his lifetime, “The Duke” won three Oscars, the Congressional Gold Medal and was posthumously awarded the Presidential Medal of Freedom. Of all those achievements, though, Fr. Muñoz is most proud of just one – his grandfather’s conversion to the Catholic faith.

“My grandmother, Josephine Wayne Saenz, had a wonderful influence on his life and introduced him to the Catholic world,” said 46-year-old Fr. Muñoz, a priest of the Diocese of Orange. “He was constantly at Church events and fundraisers that she was always dragging him to and I think that, after a while, he kind of got a sense that the common secular vision of what Catholics are and what his own experience actually was, were becoming two greatly different things.” 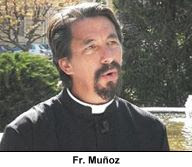 Fr. Muñoz’s grandparents married in 1933 and had four children, the youngest of whom – Melinda – is his mother. The couple civilly divorced in 1945 although, as a Catholic, Josephine did not re-marry until after John Wayne’s death. She also never stopped praying for her husband’s conversion – a prayer that was answered in 1978.

“He was a great friend of the Archbishop of Panama, Archbishop Tomas Clavel, and he kept encouraging him and finally my granddaddy said, 'Okay, I’m ready.'”

By the time of Wayne's request, however, Archbishop Clavel was too ill to make the journey to the film star's residence.

“My mom and my uncle were there when he came. So there’s no question about whether or not he was baptized. He wanted to become baptized and become Catholic,” Fr. Muñoz said. “It was wonderful to see him come to the faith and to leave that witness for our whole family.”

Fr. Muñoz also said that his grandfather’s expressed a degree of regret about not becoming a Catholic earlier in life, explaining “that was one of the sentiment he expressed before he passed on,” blaming “a busy life.”

Prior to his conversion to Catholicism, though, John Wayne’s life was far from irreligious.

“From an early age he had a good sense of what was right and what is wrong. He was raised with a lot of Christian principles and kind of a 'Bible faith' that, I think, had a strong impact upon him,” said Fr. Muñoz, recalling that his grandfather often penned handwritten notes to the Almighty.

Fr. Muñoz summed up the hierarchy of his grandfather’s values as “God coming first, then family, then country.” It’s a triumvirate he sees repeatedly reflected in his grandfather’s films. He believes those values are much needed in Hollywood today and, if “the Duke” were still here, he’d be leading the charge.

“My grandfather was a fighter,” Fr. Muñoz said. “I think there would be a lot of things he’d be disappointed and saddened over. But I don’t think he would lose hope. I think he would look at the current time as a moment of faith. People are in crisis and they’re looking for something more meaningful, more real.” 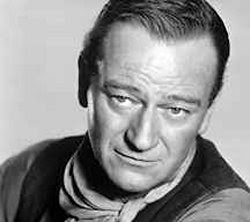