FIFTEEN FACTS ABOUT THE WIZARD OF OZ

When I was a child, I would watch the 1939 classic The Wizard Of Oz around Easter every year. (I am not sure why it was always on then). I grew up with the Flying Monkeys, Munchkins, and green witches. It is hard to believe that this film is nearly 75 years old. The movie was successful when it first came out, but it has become one of the greatest movie classics of all-time. Here are fifteen interesting facts about the movie: 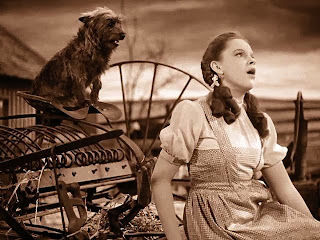 1. Judy Garland had a bad case of the giggles while filming the scene where she slaps the Cowardly Lion. Take after take, director Victor Fleming's patience wore thin. Taking Judy quietly to the side, and without saying a word he suddenly slapped her! She then returned to her place with the cast and did the scene in one take.

2. Judy Garland was a well-developed 16 yr. old when she was filming "The Wizard Of Oz". To disguise this fact, the costume department design a tight-fitting corset-type device to give her a more child-like figure.

3. The white blouse and blue/white checkered skirt Judy Garland's character wore in the movie wasn't white and blue..it was pink and blue. White doesn't film well. So what looked like white was actually a pale pink.

4. Margaret Hamilton received second- and third-degree burns when filming the sequence where she disappeared in a cloud of smoke after first meeting Dorothy. As she was dropping through the trap door, the timing was off and part of her costume caught fire. Her burns caused her to miss six weeks of filming. 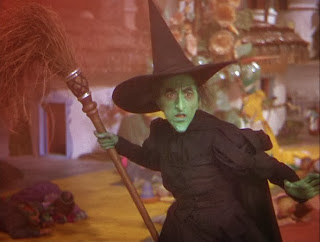 5. When Margaret Hamilton returned to the set after recovering from her burns, she was to do the scene where she flies on the broomstick that spews smoke. She refused to do the shot, saying it was too dangerous. Stand-In Betty Danko did the shot instead, getting seriously injured in the stunt.

7. Part of Bert Lahr's make-up consisted of a brown paper bag. Not being able to eat while in make-up he had to have only soup and milkshakes for lunch and dinner when filming. This got old. One day he had enough of "liquid meals" and enraged the director by taking a full lunch, eating whatever he wanted. He then insisted all of his facial make-up be reapplied which was very time consuming. Lahr won the battle and had his make-up redone each day after eating.

8. Ray Bolger was a smoker. Twice while filming he was smoking during a break; cigarette ash fell onto some of the straw of his costume, catching him on fire! 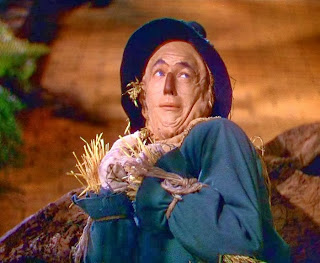 9. Tin Man, Jack Haley had a slight problem with his stiff-limbed costume. It seems he would occasionally fall while in costume and would lay on his back like a turtle until someone could help him up!

10. When the movie script was being adapted from the book, the role of the Wizard was written with W.C. Fields in mind for the part.

11. For the shot of Dorothy's house falling out of the sky, a miniature house was positioned and dropped onto a painting of the sky that had been placed on the stage floor and filmed from above. It was then reversed to make it appear the house was falling towards the camera. 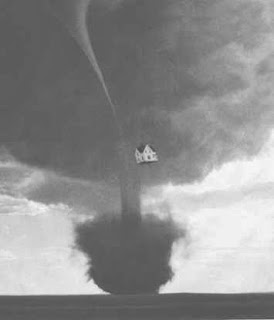 12. If you'll look closely at the wallpaper in Dorothy's bedroom wallpaper, you'll see the design is of poppies.

13. Louis B. Mayer, head of MGM is responsible for coming up with the the famous ruby red slippers. In the book, the slippers were silver.

14. Louis B. Mayer's motivation for doing"The Wizard of Oz" was to trump Walt Disney's award-winning movie "Snow White and the Seven Dwarfs".

15. Two white palomino ponies were painted with thicken Jell-O powder to get the beautiful effect for "The horse of a different color" shots as Dorothy and her friends are taken through the Emerald City. Shooting had to be done quickly because the horses would constantly try to lick their fur to get a sweet treat! 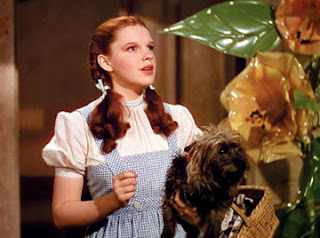