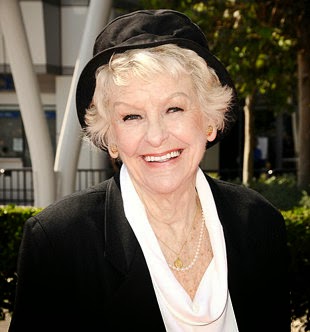 Actress Elaine Stritch, star of Broadway hits including “Elaine Stritch at Liberty” and “Show Boat,” who was nominated for multiple Tonys and Emmys, winning three of the latter, has died. She was 89.


Stritch, an atypical star of stage and screen known for her association with Stephen Sondheim, quickly gained a reputation for the worldly, acerbic wit that often defined her characters. In her one-woman show “Elaine Stritch at Liberty,” Stritch talked candidly about battling the bottle and her colorful, albeit destructive, love life.

Her role as the drunk yet lucid Claire in “A Delicate Balance” earned her a 1996 Tony nomination for best actress. Roles in “Bus Stop,” “Sail Away” and “Company” snagged her three other noms while “Elaine Stritch at Liberty” won her the 2002 award for special theatrical event.

On television, Stritch was memorable late in her career for her recurring role on NBC’s “30 Rock” as the crusty, goofy mother to Alec Baldwin’s character, drawing five nominations for the role and winning in 2007. She was also impressive as a fierce but notably ethical defense attorney on two episodes of “Law & Order,” winning an Emmy for the role in 1993. A P.A. Pennebaker documentary of her “At Liberty” stage show won several Emmys in 2004, including for her the award for outstanding individual performance in a variety program.
Stritch did not restrict her candor to the stage, once telling Variety’s Army Archerd that she “flipped over Rock Hudson — and we all know what a bum decision that turned out to be,” referring to her failed romance with the closeted actor. These gritty, honest revelations contributed to the unique style Stritch brought to her work.

Born in Detroit, Stritch ironically attended finishing school before landing the abrasive, tough-as-nails roles for which she became known. She studied acting at the New School’s Dramatic Workshop with Marlon Brando and once said of performing: “There are a lot of things I do that I don’t want to, but I have to. It’s truly an emotional need for me to perform.” This necessity was reflected in her career, which spanned several decades and two oceans, leading her to stages in London’s West End and dozens of appearances on the small and silver screen. 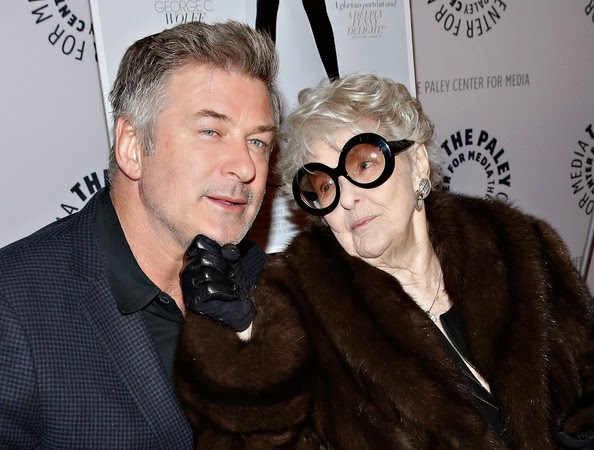 Film credits include the 1957 film adaptation of Ernest Hemingway’s “A Farewell to Arms,” Woody Allen’s 1987 film “September,” the Robin Williams comedy “Cadillac Man,” Allen’s “Small Time Crooks” and romancer “Autumn in New York.” She also starred alongside Jack Lemmon and Walter Matthau in 1997's "Out To Sea", and as Jane Fonda's mother in "Monster In Law" in 2005.


Stritch made her stage debut at New York’s New School in 1944. The actress understudied Ethel Merman for “Call Me Madam” while simultaneously appearing in the 1952 revival of “Pal Joey”; later she starred in the national tour of “Call Me Madam.”


Her professional relationship with Sondheim lasted decades. She made famous Sondheim’s sneeringly witty tune “The Ladies Who Lunch” in 1970’s “Company,” sang his enduring “I’m Still Here” in her 2002 solo show and performed in a 2010 revue of his tunes called “At Home at the Carlyle: Elaine Stritch Singin’ Sondheim…One Song at a Time.” The actress appeared in Garth Drabinsky’s smash hit “Show Boat” in 1994 and in Edward Albee’s play “A Delicate Balance” in 1996.


In 2010 Stritch replaced Angela Lansbury as Madame Armfeldt in “A Little Night Music” on Broadway. The actress was profiled in the 2013 feature documentary “Elaine Stritch: Shoot Me”... 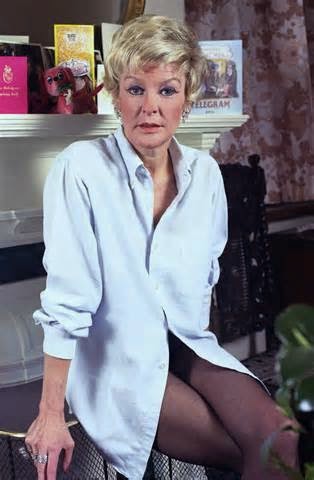