WHAT A CHARACTER: JOHN MCGIVER 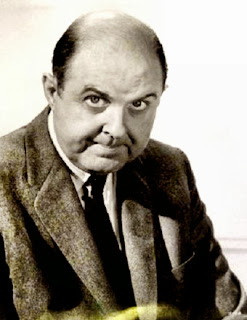 You may not recognize the name John McGiver, but you probably know the face. He was in countless movies and televison shows throughout the years. John Irwin McGiver was born on November 5, 1913 and was an American character actor who made more than a hundred appearances in television and motion pictures over a two-decade span from 1955 to 1975.

The owl-faced, portly actor with the mid-Atlantic accent was known for his performances as the kindly Tiffany's salesman in Breakfast at Tiffany's (1961); the honorable but ill-fated Senator Thomas Jordan in the original film version of The Manchurian Candidate (1962); and as religious fanatic Mr. O'Daniel in the film Midnight Cowboy (1969). He also appeared on many TV shows and commercials, including a Baggies spot in the 1960s, as well as the first of a popular series of commercials for the American Express charge card ("Do you know me?").

McGiver was born the son of Irish immigrants. He received a B.A. in English from Fordham University in 1938 and master's degrees from Columbia University and Catholic University. He was an English teacher before he enlisted in the U.S. Army in 1942 and served as an officer in the U.S. Army's 7th Armored Division in Europe during World War II. His stage career also began before the war, when he was an actor-director in New York's Irish Repertory Theater. He continued to teach English and speech at Christopher Columbus High School in the Bronx, working occasionally in off-Broadway plays, until 1955, when he became a full-time actor.

In 1959, McGiver appeared in the episode "The Assassin" of NBC's espionage drama Five Fingers, starring David Hedison. In 1962, he appeared as Gramps in the episode "The Seventh Day of Creation" of the NBC medical drama about psychiatry, The Eleventh Hour, starring Wendell Corey and Jack Ging. He appeared on the Alfred Hitchcock Presents episodes "Six People No Music", "Fatal Figures" and the Twilight Zone episode "Sounds and Silences". He also played a butterfly collector in a 1966 episode of Gilligan's Island (season 3, episode 7, Man With A Net). In 1971 he guest starred in Alias Smith and Jones with Pete Duel and Ben Murphy (season 1, episode 8, 'A Fistful of Diamonds').

Between 1963 and 1964, McGiver appeared in five episodes of The Patty Duke Show as J.R. Castle, who was Martin Lane's boss at the fictional newspaper The Chronicle. In the 1964–1965 television season, McGiver played the widower Walter Burnley, the head of the complaint department of a fictitious Los Angeles department store in the CBS sitcom Many Happy Returns. His costars included Elinor Donahue, Mark Goddard, Mickey Manners, and Elena Verdugo.

McGiver died of a heart attack on September 9, 1975 in West Fulton at age 61. His remains were cremated. McGiver was married to Ruth Schmigelsky from 1947 until his death; they had ten children. Also surviving were the memorable roles McGiver had throughout his remarkable career... 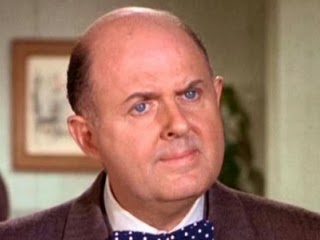