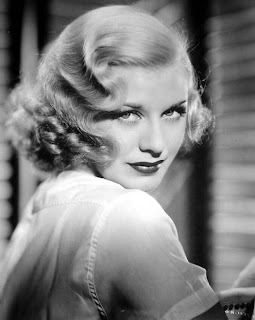 Remembering Ginger Rogers on Her Centennial
by Whitney Hopler

On-screen, Ginger Rogers dances with Fred Astaire, gliding and swirling and leaping in joyful motion across their 10 films like Swing Time (1936) and Carefree (1938). She elicits laughs in the many comedies she made, inviting audiences to share her joy in adventures like disguising herself as a child aboard a train (The Major and the Minor, 1942), and cavorting with monkeys alongside Cary Grant (Monkey Business, 1952). And Rogers’ joy even shone through her dramatic films—such as her Oscar-winning role in Kitty Foyle (1940)—in the form of a serene sort of grace mixed with a flinty sense of confidence that she could do what’s right, no matter what.In 73 classic movies spanning Hollywood’s entire golden age, Ginger Rogers became known for her joyful spirit.

Rogers, who died in 1995, once said: “The most important thing in anyone’s life is to be giving something. The quality I can give is joy. This is my gift.” Now, as fans celebrate Rogers’ centennial (her 100th birthday would have been July 16, 2011), it’s a good time to remember the source of all that joy: her relationship to God.

“Her faith was what was most important to her,” said Rogers’ former personal secretary and close friend Roberta Olden in an interview with Crosswalk.com. “It taught her the truth with a capital T. As long as you know the truth about yourself and about God, you can do just about anything, because you reflect what he gives you. She knew that it was God’s gift of goodness that shone through [her performances].” 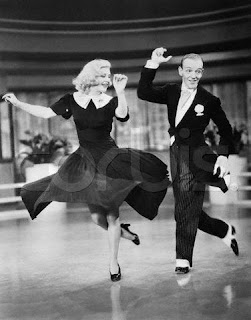 Offscreen, as well, Rogers became known as a clean-living movie star. She attended church regularly, modeled a strong work ethic, took care of her mother, refused to drink alcohol, and spent far more time on tennis courts than at Hollywood parties. She tried to set a good example of a healthy lifestyle while surrounded by many others who were caught in destructive lifestyles, Olden recalled. “If someone wanted to follow her example, she would be glad for that.”

However, Rogers’ joy in the midst of the Hollywood scene didn’t come easily. While her image lit up movie screens in darkened theaters for audiences, she sometimes struggled to fight the darkness of Hollywood’s pressures with the light of Christ in her own life.

“Although she had a glamorous Hollywood life, she also went through some struggles,” said Olden.

Hollywood fame ushered many pressures into Rogers’ life. She had to sacrifice privacy. Fame and fortune hunters tried to use her to achieve their own desires. People who were hostile to faith mocked her Christian beliefs. After her marriage to true love Lew Ayres (star of the popular Dr. Kildare movies) broke apart under the stress of their career demands, she endured several marriages to husbands who were unfaithful to her. She never had the children she’d hoped to have, since her work was so consuming. 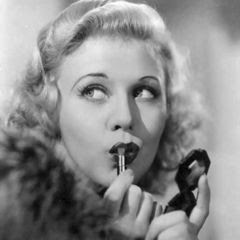 The pressures got to be so intense that Rogers even had to fight off suicidal thoughts. “She said to me that if it hadn’t been for her faith, she probably would have jumped off the Hollywood sign because of the pressures,” Olden said. “She was very genuine; a straight-talker. She didn’t sugarcoat things.”

However, Rogers drew the strength she needed to overcome Hollywood’s pressures by asking God to renew her mind so she could think about each challenge from the right perspective, said Marcia Castle Durham, who attends the Christian Science church Rogers attended in Medford, Oregon, near where Rogers owned a ranch she escaped to for respite between movies and other work.

Rogers saw her churches in both Oregon and California as safe places to honestly express her struggles and seek Christ’s healing through prayer, Durham said, and Rogers often told people in the congregation how grateful she was for the freedom to do so in church. Rogers made going to church a high priority, seeking out a church to worship in even when she was traveling. “She went to church faithfully, wherever she was,” Durham said. 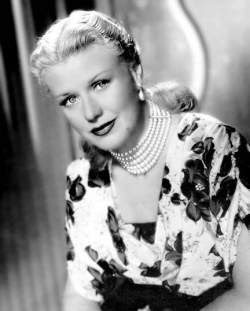 The movie characters Rogers played often struggled with discouragement or the temptation to sin, yet emerged from those struggles with the determination to move forward to do what’s right and enjoy the process. Rogers did the same herself in Hollywood, said Olden. “A lot of the ladies who she played onscreen struggled but were able to come out on the right side of those struggles. In her own life, Ginger relied heavily upon her faith and it saw her through a lot of hard times.”

Over the years, Rogers turned down a lot of roles in films that didn’t reflect the biblical values she wanted to portray onscreen. She looked for redemptive stories in scripts whenever possible. “She was not one to see something false portrayed,” Olden recalled. “She didn’t compromise herself. She understood that she did not want to portray any ugliness that she might have seen. She wanted to show goodness at work.”

By the 1960s, she had become so disillusioned with the types of roles she was being offered that she left Hollywood to focus mainly on stage roles, such as Hello, Dolly! on Broadway and Mame on the London stage. Rogers was outspoken about her concerns that Hollywood was making more and more movies that depicted unhealthy values. In a 1976 United Press International interview, she said: “I was privileged to have been a part of the Hollywood scene when it was understood that audiences wanted to know beauty and hope exist. There’s a sadness, a darkness today in entertainment.” However, she also praised films that did portray good values. In a 1982 Toledo Blade interview, she said the popularity of the movie E.T.: The Extra-Terrestrial “proves that audiences want to see clean, healthy movies.”

Though she made her last film in 1965, Rogers continued to give audiences the gift of joy through wholesome, positive entertainment on stage and sometimes on television until several years before her death. “It was very gratifying for her to know that what she was doing was pleasing to audiences,” said Olden.